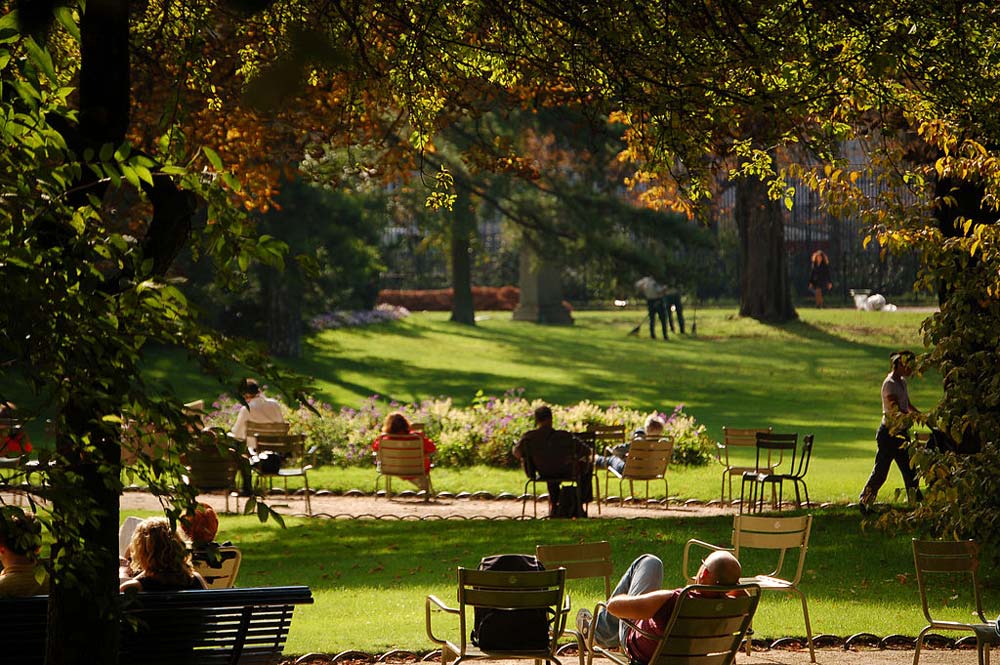 Did you know that Paris was initially called the City of light, as it was one of the first cities in Europe to adopt gas street lighting during the Age of Enlightenment? Walking down the river Seine soon became a romantic affair amongst the Parisian population and slowly people from all walks of life came to Paris, hence the arrival of Paris' other nickname: the City of Love!

Aside from the main attraction of Paris, to add extra french flair to your Parisian adventure, plan your trip to coincide with one of these occasional festival freebies: 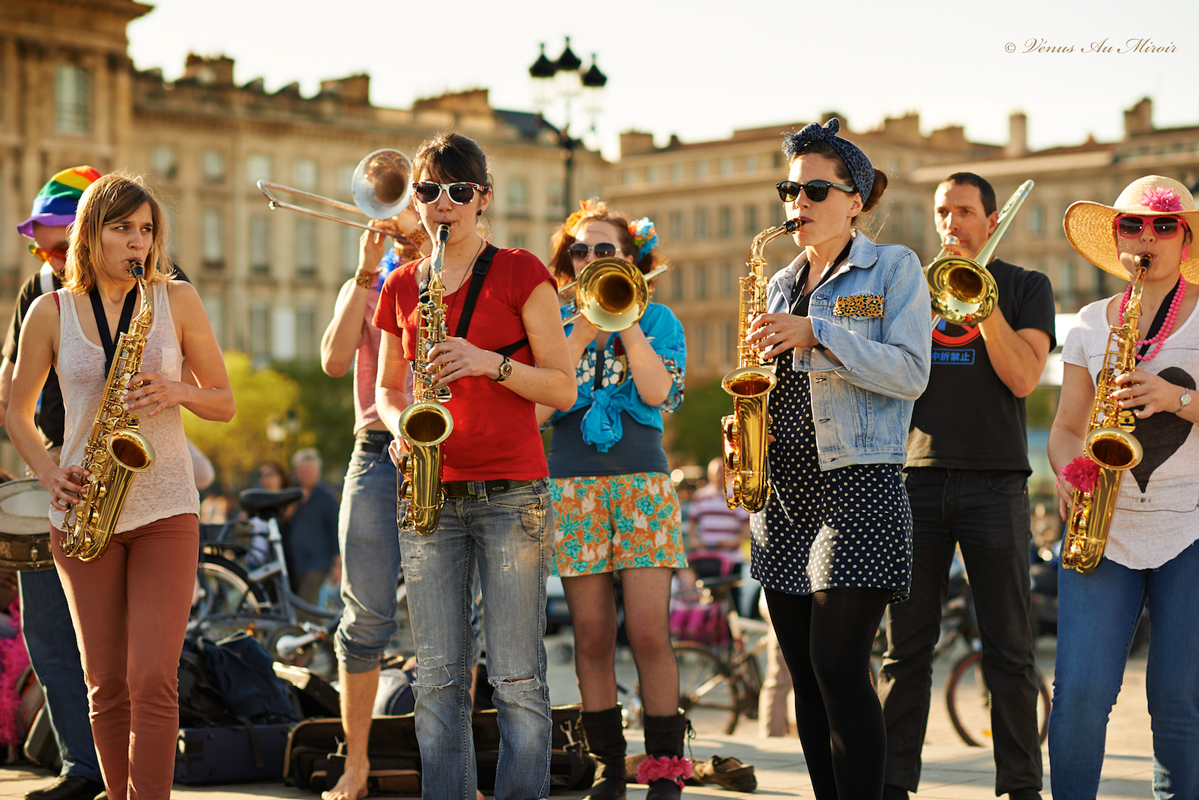 La Fete de La Musique, also commonly known as Make Music Day or World Music Day, is an annual music celebration that takes place on the 21st of June. Originating from the streets of Paris in 1982, it has since then become a worldwide phenomenon.

This free festival features concerts taking place in theatres, bars, on street corners, in parks and even serenading folks whilst balancing on the edge of their apartment window. Join the throng and by a stroke of serendipity let it lead you to a show. 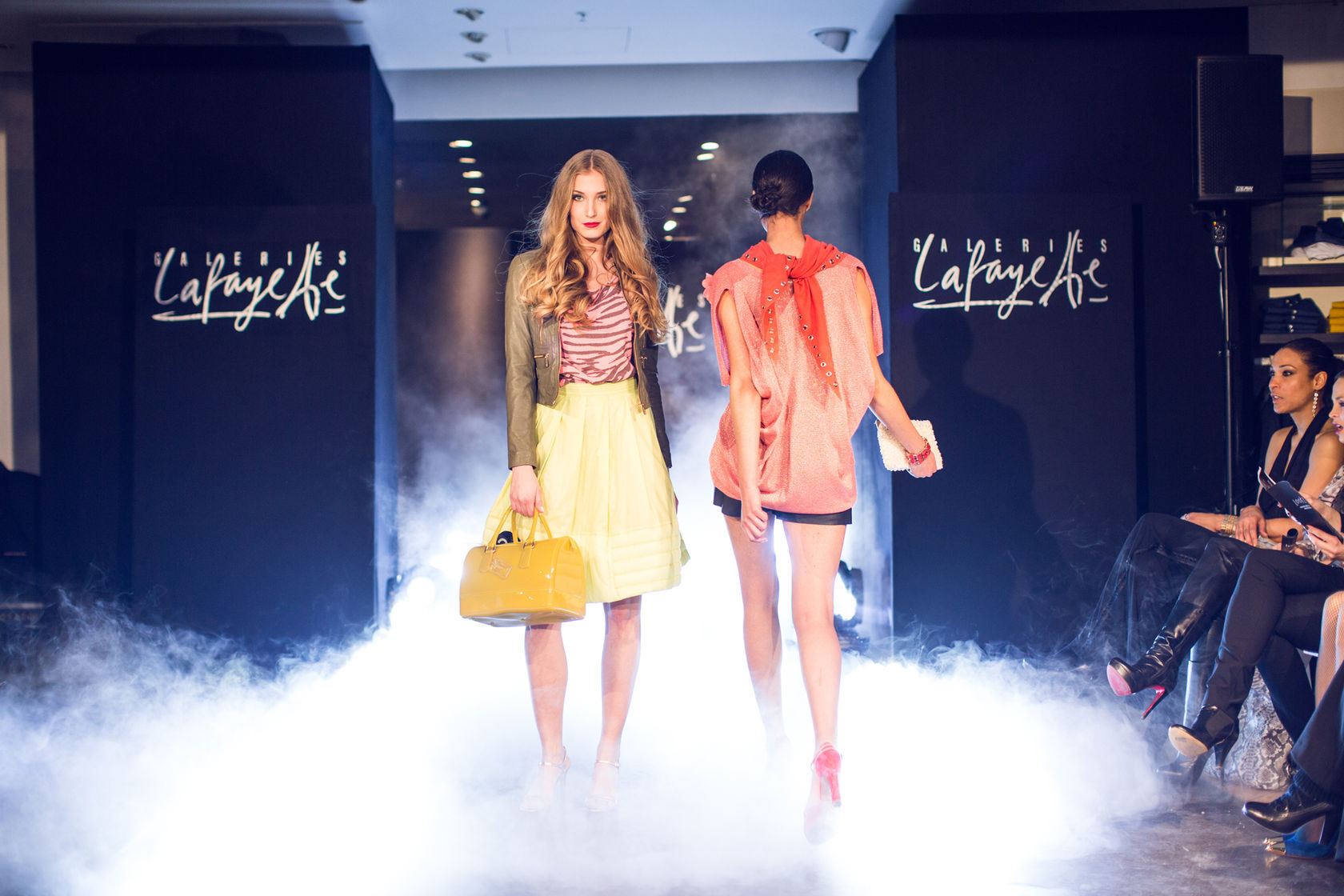 Paris being one of the major cities for fashion, fashion shows are something that happens very often. However not everyone gets a chance as tickets are almost impossible to obtain for those of us who are not part of the fashion industry or press world.

But, here is your chance! Galeries Lafayette, an upmarket French departmental store, organises a free fashion show every week on a Friday. However, seating is limited and advanced reservations and confirmations are required in order for you to secure a seat! 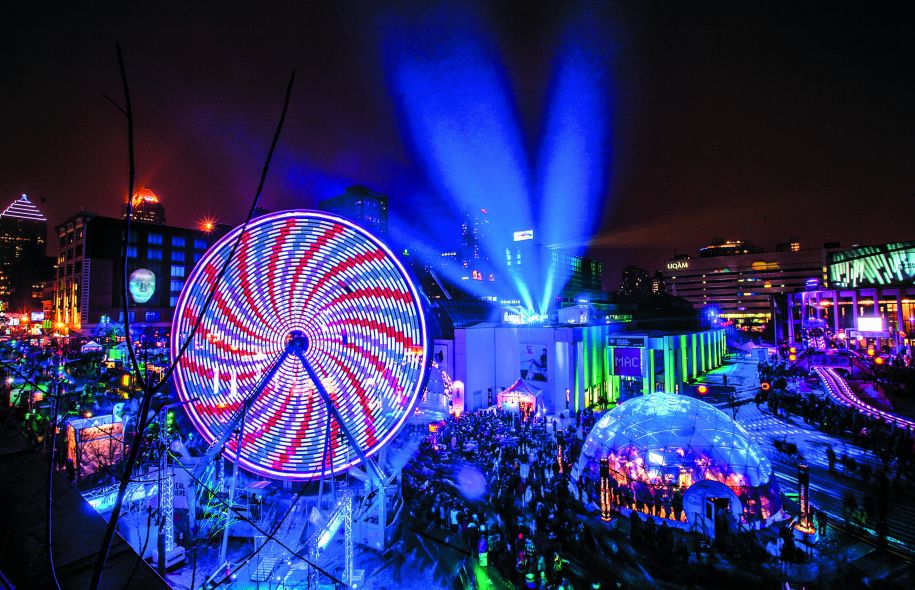 Paris – City of love, fashion, literature and last but not least a music treasure trove. Inspired by St Pertersburg’s ‘White Nights’ where night is almost indistinguishable from day, La Nuit Blanche is a free dusk ‘till dawn carnival. Where the city blossoms on a autumn night into a comely harvest of art, music and theatrical events. 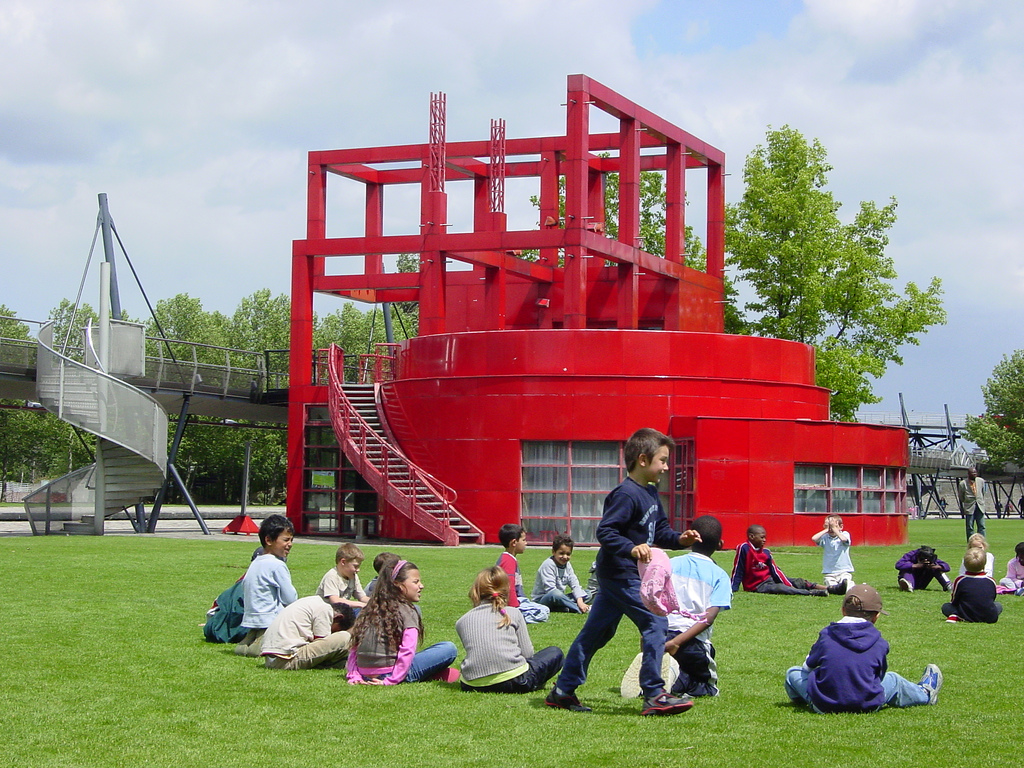 Another thing Paris is known for is its large parks where you will often witness locals with their colourful picnic mats and sun hats. Parc de la Villette is the third largest park in Paris whose design was picked out of 450 proposals. I has been made in a way to cultivate a wandering heart and sense of adventure to discover all the different sites at the park. Some features include the largest science museum in Europe, IMAX theatre, a concert arena, an outdoor cinema theatre where annual film festivals are held and much more! Go explore for yourself to find out more 😉 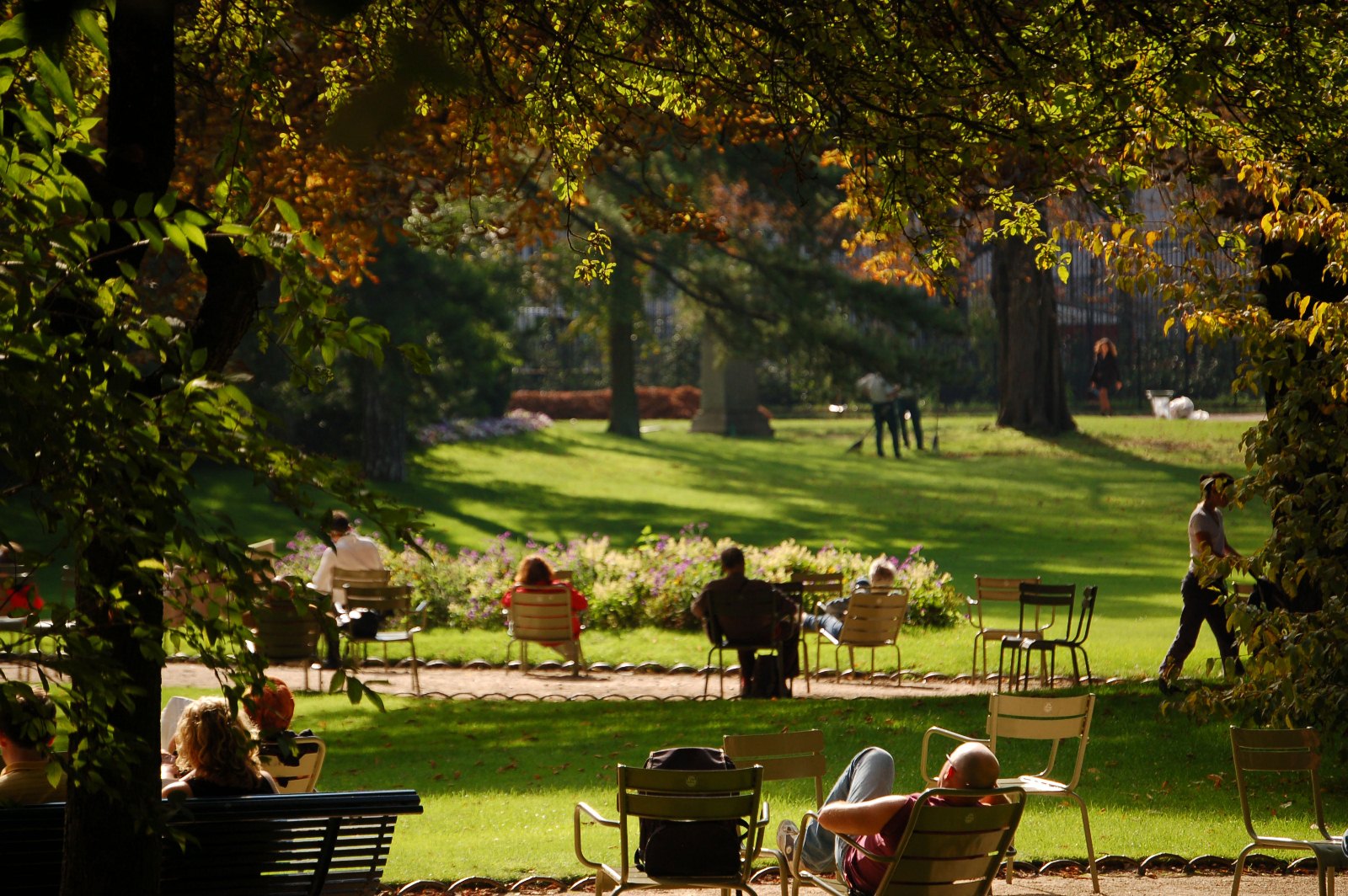 Jardin du Luxembourg is no typical park. Inspired by the Boboli Gardens in Florence, the gardens cover over 25 hectares and is split into French and English gardens. In between the gardens lie a geometric forest and large pond where you can have a picnic! The Jardin du Luxembourg is not only an attraction but educational, where there is an apiary for you to learn about bee-keeping. A garden with over 106 statues, activities and facilities for children such as puppet shows, rides and slides and for the adults there is chess, tennis, bridge as well as remote control boats you can sail into the large pond. Definitely a fun and non-costly way of spending your afternoon in Paris. 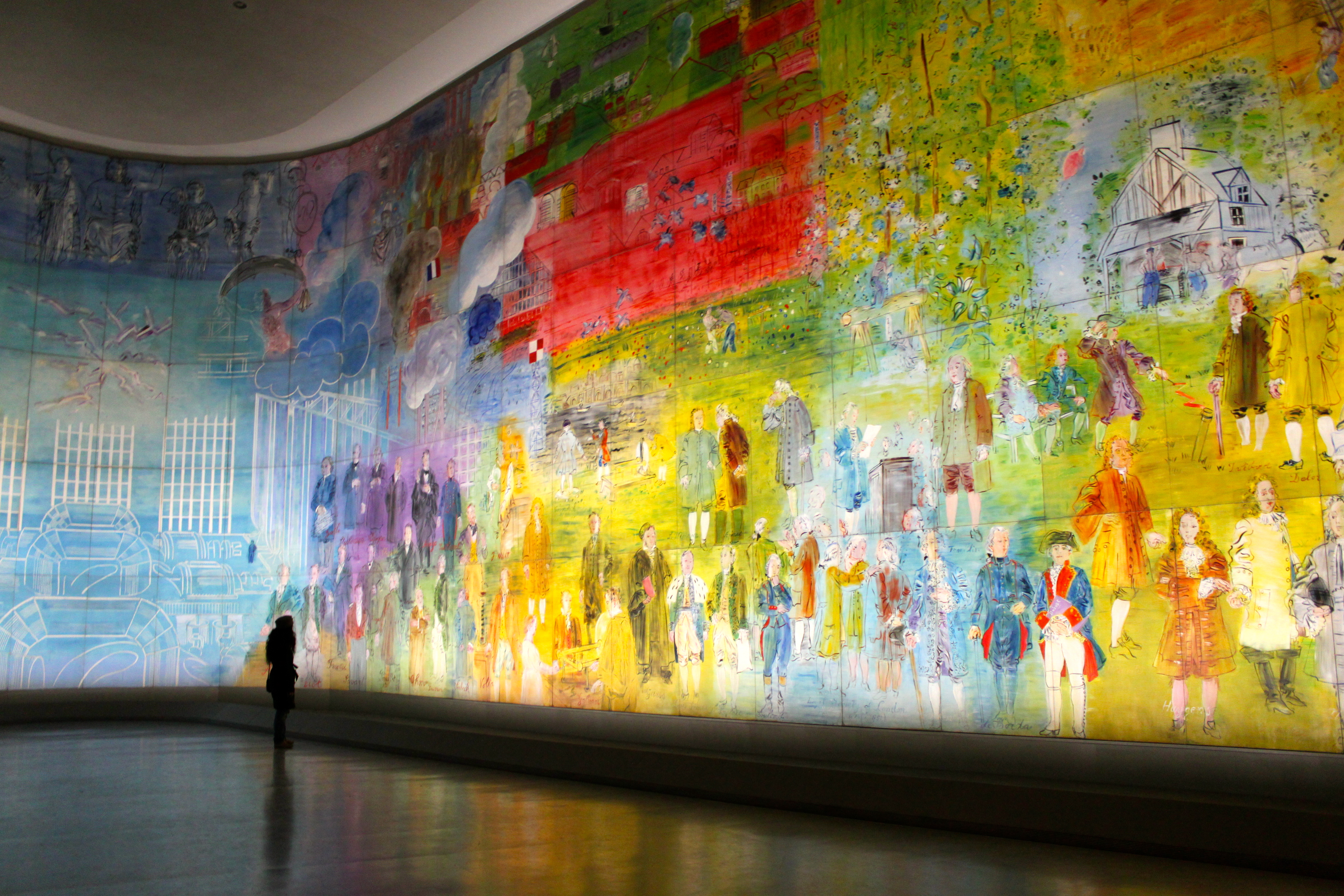 Musee l’art Moderne de la ville de paris is one of my personal favourites. With over 10000 contemporary and modern art works, it presents us with a wealth of artistic creation as well as monographic and thematic exhibitions of trends in today’s art. Never a dull moment in this exhibition, for most of the art work is spilling with colour and acts as a faucet of inspiration. 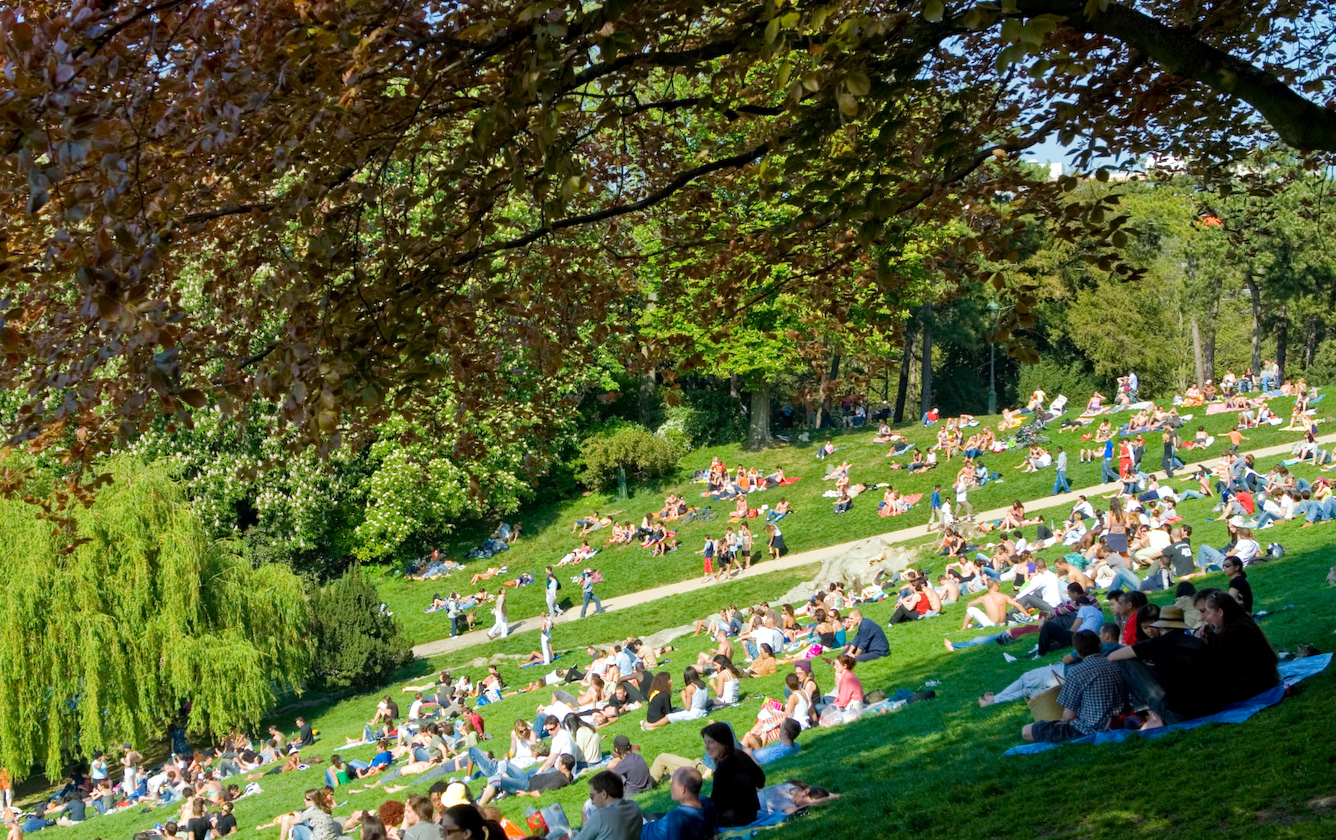 A plethora of opportunities to indulge in park life is something Paris offers from Jardin du Luxembourg to Parc de la Vlilette. This next park is often missed by weekenders who are not keen on straying too far off the typical attraction spots. Parc des butteschaumont is definitely something off the beaten path and worth taking a stroll around on an afternoon in Paris. From meandering paths, waterfalls, temples, vertical cliffs and last but not least a hangout place after your stroll that is open till midnight and gives you a stunning view of the city below.

A graceful and charming square garden, with beautiful symmetrical fountains placed at all four corners of the square and a serene green oasis surrounded by rows and rows of red brick houses that feeds the aesthetic appeal. Place des Vosges is also a place of great historical value as it is the same place as where the medieval royal palace used to stand. An absolute pleasure to visit and an ideal place to sit back, relax and sip some wine. 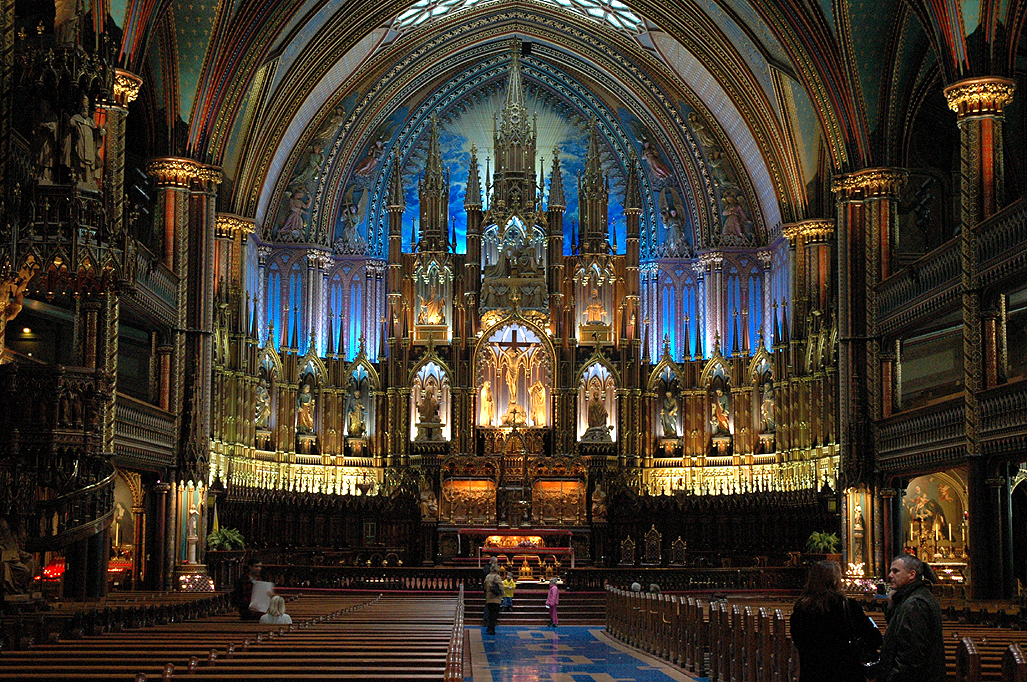 If you have watched the movie The Hunchback of Notre Dame, this is the place you should visit to see the famous frightening gargoyles as well as spectacular view of Paris. The Cathedrale Notre Dame de Paris is one of the most visited sites in Paris, recording over 14 million visitors in one year alone. This Cathedral is known for its subtle balance of architecture and design. Like how asymmetrical elements are being introduced in order to avoid monotony and in line with the standard Gothic style. Notre Dame being very much in the heart of Paris, it is a very easy and cost free attraction to visit. 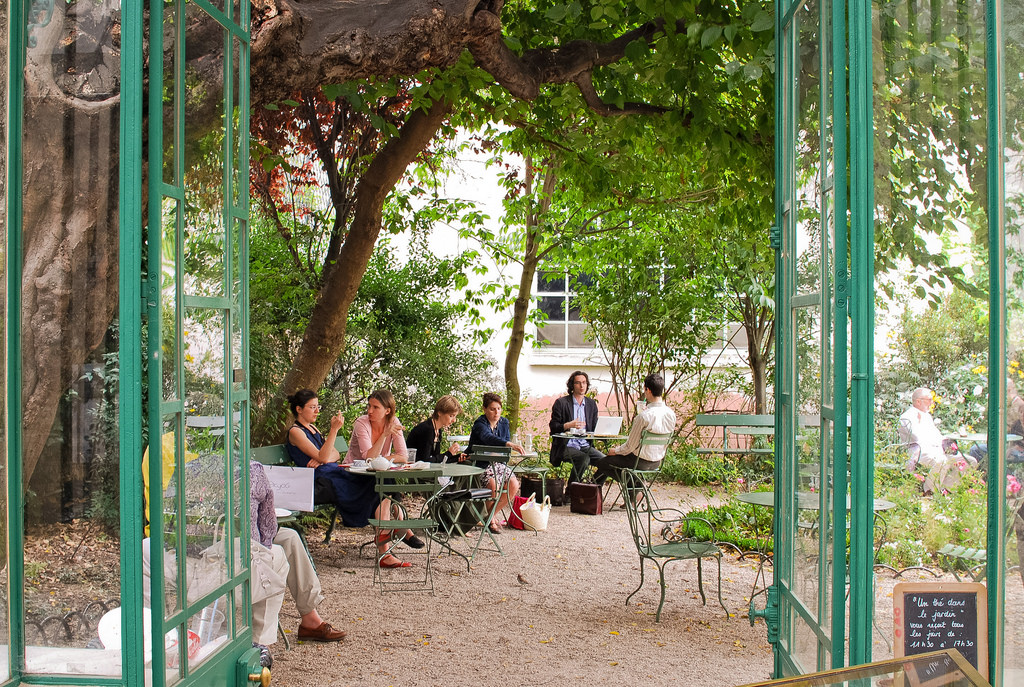 Paris is given the name as the City of Love for a reason. In Paris, Romanticism was an artistic movement and fed inspiration to countless of artists and writers from Europe. In the early 1830s, Dutch painter Ary Scheffer transformed his beautiful home, Hôtel Scheffer-Renan, into a salon. Which was later visited by many artists such as George Sand, Frederic Chopin, Eugène Delacroix, Franz Liszt whose artwork is hung up in the museum.
The museum actually organises temporary exhibitions, concerts, book readings and children activities. And for those of you who are planning your trip from March through October, the museum opens up its tearoom in the garden’s greenhouse. A beautiful sight indeed, sipping tea and crunching on local snacks on a patio with friends both old and new. Definitely something to look forward to.

Know of any other attractions and places you can go to for free? Comment in the section below. I would love to hear about them!

Off the beaten path experiences in Berlin
What To Do In Budapest
Cultural Festivals to Go Before You Die
The Coolest and Quirkiest Things to Do in Barcelon...
A Guide to Paris Flea Markets

Travelling to Paris: An Essential Guide
Scroll to top