Got a few days in Budapest and not sure how to spend them? Read on for the most comprehensive itinerary guide to Budapest for a trip of 3 to 4 days.

What is better than starting your morning with fresh authentic Hungarian food? The Central Market Hall is one of the major attractions in Budapest. Located just outside the Metro stop Fovam Ter, tourists and locals alike visit this place for groceries, food and souvenirs. The first floor of this market houses stalls that sell fresh local produce like paparika peppers, vegetables and fruits like cherries, which are a Hungarian speciality. As you move up to the second floor, this is where you will be captivated by the alluring smell of sizzling langos and from the pot of bubbling stuffed cabbage. 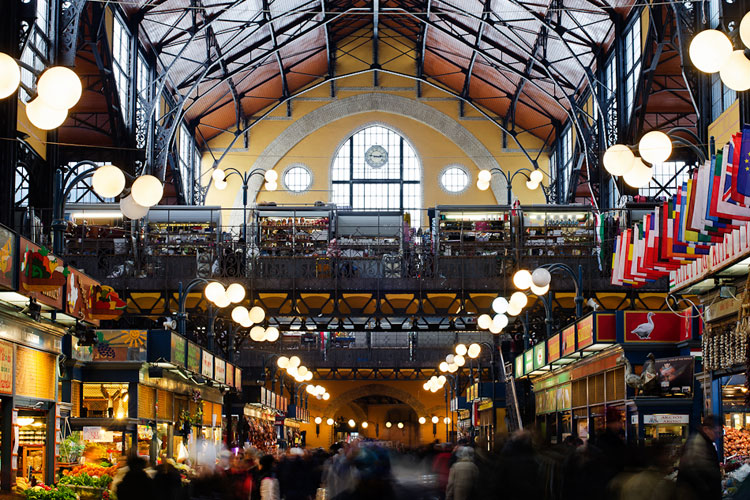 This floor sells almost all of Hungary's classic cuisines such as langos, goulash, pancakes, beer etc. Langos are fried flat breads made of dough. They can be eaten both sweet and savoury. The sweet version will include chocolate, cherries and other kinds of fruits while ham, salami, cheese and tomatoes are normally topped on the bread for the savoury version. Although this place might be touristy and prices run a little higher than usual, it is THE place to be to try out all kinds of local cuisine.

2. Walk to the Buda Castle District After a satisfying meal, you can opt to walk to the Buda Castle District where the Fisherman's Bastian, musuems and Matthias Church are located. Many first time tourist are confused when they could not find the 'castle' at this place. Although it might be refered to as the Buda Castle in short most of the time, the place does not have a castle. There are public transports available that takes you directly to the door. Alight at the terminal stop of Trams 4 and 6 or stop at Szell Kalman Ter from Metro M2. Then from there, Bus 16 and 16E both takes you up the hill.  However we suggest taking the 45 minute walk from Central Market Hall. The Central Market Hall is located on the Pest side while the Buda Castle District is on the Buda side. So you need to cross the bridge to the Buda side and you can walk along the Danube River.

If you take bus 16 or 16E, you will be dropped off directly in front of the Matthias Church. The Matthias Church is a Roman Catholic church. Although the first one was destroyed by the Mongols in 1241, the current one was builted in the 13th Century and named after King Matthias in the 19th Century. Entrance fee for students is 500HUF and 750HUF for adults. The Fisherman's Bastian is a terrace overlooking the city that surrounds the Matthias Church. It has seven towers and they represent the seven tribes that settled in the Carpathian Basin in 896. This is where you will need to take out your camera as the view will blow you away. It gives a panoramic view of the Danube River, Margaret Island, the Pest side and the Gellert Hill. To get to the top of the towers, you have to pay an entrance fee. This is totally your call as the second story of the tower is just as magnificent.

At the centre of the Fisherman's Bastian, there is a bronze statue of Stephen I of Hungary mounted on a horse. Also known as Saint Stephen, he was the first king of Hungary.

The Buda Castle Hill houses many museums such as the Hungary Museum of Applied Art, Hungary Museum of History and other off the beaten path museums like Hospital in the Rock and the Labyrinth. You can spend up to an entire day exploring the district and it's various museums. If you are in Budapest in the summer, you can wait till 21 June when Budapest has it's annual Night of the Museums. With a small fee of 1500HUF, you can visit all the museums in Budapest from 6pm to 2.30am. This is day where all the locals come out to visit museums.

Hospital in the Rock is a museum in a cavern under the Buda Castle that was previously used as an underground hospital during World War II. It was most heavily used during the Siege of Budapest which was a 50-day long encirclement of Budapest by the Soviet forces near the end of World War II. This museum provides guided tours and has an entrance fee of 3600HUF.

Right next to the Hospital in the Rock, the Labyrinth of Buda Castle is more of an underground maze than musuem. It is definitely suited to the paranormal-lovers amongst you. In some places, it is totally dark and has plenty of macabre exhibitions such the dracula, ghastly figures dress in Victorian outfits and statues. There is even mist to add to the atmosphere!

The Pest-Buda Bistro in the Buda Castle District is a good place to go when you are famished after exploring the area. This cozy restaurant offers authentic Hungarian food like goulash, live bands and excellent service.

What is touring in Budapest without trying at least one of their world famour thermal baths? The Szechenyi Thermal Bath is simply  magnificent. It is the largest medicinal bath in Europe and the water is supplied by two thermal springs of temperatures 74 Degrees and 77 Degrees. It has both outdoor and indoor pools with different temperatures, depths and water containing different minerals. This place is worth to spend your entire day there. Yes you heard me correctly, an entire day. You can pack your own food and have a little picnic there while sunbathing.

Besides the Szechenyi Bath, there are various other baths like the Gellert Thermal Bath in Gellert Hotel and the famous turkish Rudas Bath.

This is one of the major squares in Budapest and featuring stutues of the Seven Chieftains of the Magyars and other important leaders. On the centre of the square lies the tomb of the Unknown Soldier. This is situated at the end of the Andrassy Road.

The Budapest City Park is a huge public park that houses several attractions and places and is located in the heart of Budapest, on the Pest side. Inside the park there is the Szechenyi Bath, Municipal Zoological and Botanical Garden, Municipal circus that is right in front of Szechenyi, the Vajdahunyad Castle etc. It is just a step away from the Hero's Square. During summer, this place is the epitome of summer chill. There are food fairs on the grounds of the castle and in the park, people sunbathing on the grass and little kids running around. 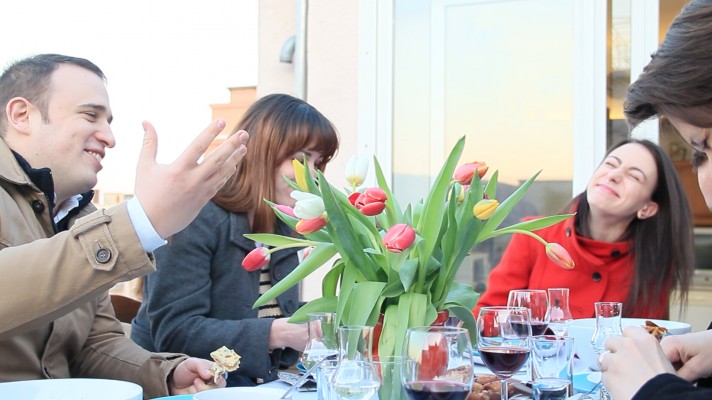 After a day spent at the gorgeous city park, why not have an authentic Hungarian dinner with Peter, our host at BonAppetour? Located in the heart of Budapest, the menu starts with a traditional meat soup with vegetables. Hungarians eat a lot of soups which are usually very meaty. The main dish will be the delicious goulash served with bread. You can end the night with a typical Hungarian dessert called Somloi Galuska which is a layered sponge cake with vanilla, chocalate sauce, raisins and nuts. Of course there will be some good local wines to accompany the meal. Local wines such as palinka ( a fruit spirit) will be served with the main course and then the world famous Tokaji wine will be served alongside dessert. This is a museum located along Andrassy road and features exhibits relating to the fascist and communist dictorial regimes in the 20th Century Hungary. It also acts as a memorial to the victims of the regimes, such as those detained, interrogated, tortured or killed in the building. People place candles and flowers at the outside of the building as a tribute to those dead. Andrassy Avenue is a boulevard in the centre of Budapest and alongside the road, there are many shops of major international brands. Recognised as a World Heritage Site in 2002, it is a place for shopping and fine dining.

One of the amazing things about Budapest is that the city is different in the day and night. By night, the golden glow transforms itself into a magnificent city of lights. Sit across the Danube to face the parliament and you will astonished by the beauty of the Parliament Building. During the day, the Parliament is open for visits too.

Things to do in Hamburg
Top 5 Summer Events in Barcelona that you MUST go ...
Travelling to Paris: An Essential Guide
Top 10 Things to Do in Barcelona
Breakfasts Around The World

Eat Like A Local In Venice: 5 Places Without Tourist Traps
Scroll to top