This feels so surreal; sitting here and writing for this blog when just a week ago we embarked on this journey of BonAppetour.

Who would have imagined that this fast paced entrepreneurial culture that is the spirit of places such as Silicon Valley would find its way to the renowned fashion capital – Milan? StartUp Weekend Milan was a huge surprise for us! 180 exited people, 60 amazing ideas and participants from different parts of Italy and of the world!

How did it work? The mechanism was simple; for those who wanted to share their ideas, they had one minute to present an elevated pitch to explain the idea and would need three attendees to vote for support. Once the ideas were chosen, participants were free to decide and follow the idea that appealed to them most. 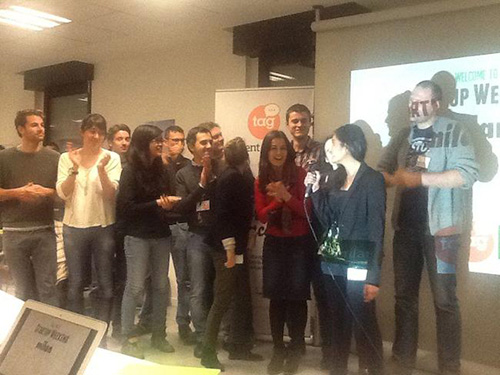 It was not easy deciding which idea to follow, but it all came down to which idea was simple, had a strong concept and was addressing an explicit need. The idea pitched by Rinita had checked all these prerequisites.  It is 2013, and if people can sleep in someone’s house, or travel with a local, why can’t we do the same with food?

Globalisation, the internet and a more community-centric society has brought about social trends that seemed impossible just a decade ago. If you had asked a stranger in the 90s if it was okay to rent a room at his place while you were travelling, he’d think you would have lost it. Yet today, services such as these are widespread across the World Wide Web. This is owed largely to the boom in social media platforms that have made communication so much easier. Society has experienced a paradigm change in many of the things we do.

We no longer want exquisite luxury hotels or the cut out touristic experience, but rather we want to engulf within the reality of the places we travel to. We long for more than just sightseeing – we desire to live an experience.  What better way to do that than taste traditional authentic local cuisines by eating with locals, mingling with them, that just costs a small amount of money? I would absolutely love to do that!

With a retrospect on my previous trips, this service would have saved me from a lot of bad experiences: fast food addiction, endless bills at pricey restaurants and bad tasting food. Also, what about the price? I recollect my vacation to Palma Di Mallorca while I was a student on a tight budget. Eating a jar of olives began to be a staple, trying to avoid spending an exhaustive amount of time cooking pasta in the hostel (which I did!).

Coming back to BonAppetour, everyone in our group caught onto this simple yet ingenious idea. Which is why just after a week, we are here continuing on this project, believing in what we ourselves would love to do when we are abroad.

The StartUp weekend was a mix of emotions for us all. It was exciting, nerve-wrecking and extremely fun! In just two days, with complete strangers on the team, we were able to not only connect but to realize the idea as well. A team consisting of people from all walks of lives bagged with their own sets of skills and expertise, we were a perfect mix!

We are a international team with members coming from Romania, Italy, Singapore, India, Indonesia, Malaysia, and even Russia! The amazing thing was we could all connect to this one idea although we come from such different social backgrounds and this only makes more evident why we should push ourselves to materialise it. 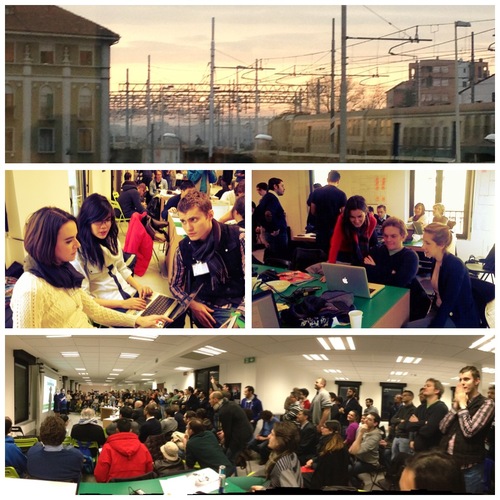 An example of how we bonded and were so excited is shown in the filming of a short movie over those two days at StartUp Weekend. It was a Saturday evening at about 11 P.M., and we had a crazy idea to shoot a movie. Was it madness or ingenious? We’ll leave it to you to decide once you’ve watched the video 😉 (We’d prefer to go with ingenious! Haha).

Thanks to our mate Adrian who has an extensive amount of tricks up his sleeves (no kidding, he literally can do almost everything!) and had experience in film-making, helped us create a rather funny short movie to showcase to the others in the StartUp Weekend when we pitch our idea.

Going back to the finals day, we were all nervous and adrenaline had kicked in from working overnight for the past forty-eight hours. We gave our very best, stepped front and presented our idea to the mass of people gathered. In just one minute we had to deliver an idea that we were passionate about and thought was worth pursuing.  Just like in any competition, when you see others presenting, you feel they did much better so much so that we were discussing continuing the project even if we lost!

To our surprise, when it came to announcing the winners, after the second runner up and first runner up were announced (just about when we thought we didn’t get it), BonAppetour was awarded the winner of StartUp Weekend Milan. I still remember that exhilarating moment with all of us jumping frantically hearing the announcement. 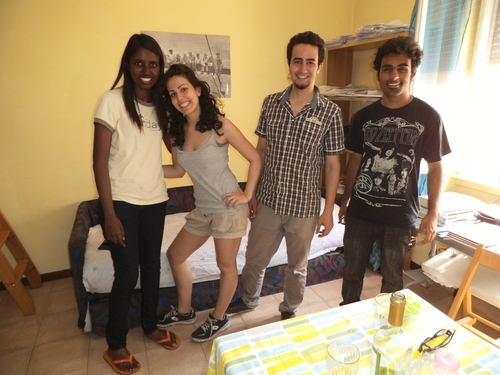 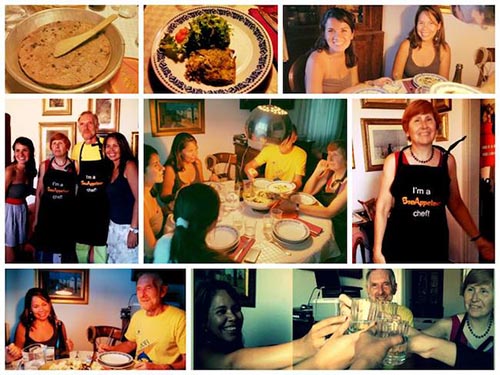 So here we are, beginning on the chapters that will lead towards the development of BonAppetour. We hope to continue creating the BonAppetour experience despite being in different countries – we still believe in this idea and are working hard to share it with the rest of the world. We are working towards a vision – to allow you to be guests at homes of others, to cook together whilst exchanging experiences and laughing together on the same dining table.

We hope you enjoy it, we most definitely do.

PS: Watch the video we created!