Montmartre otherwise known as The Mountain Of Martyrs should be one of the places in your Itinerary to go to in France. Why? Because top things to do or must-see places to visit in this popular district of Paris are endless.

From dining in the best places to eat in Montmartre, to walking in the footsteps of famous celebrities such as Vincent Van Gogh and Pablo Picasso, breathing the same air and inspiration, to being surrounded by beautiful, picturesque bohemian architecture.

Each brick that paves the way in this charming quarter is bound to carry a story! Just ask any of the locals living in Montmartre when you sit down for a cup of coffee or whilst roaming the streets.

Being an area filled with endless amounts of opportunities for adventure, our guide will set you in the right direction to ensure that you cover all the MUST SEE and MUST GO places. 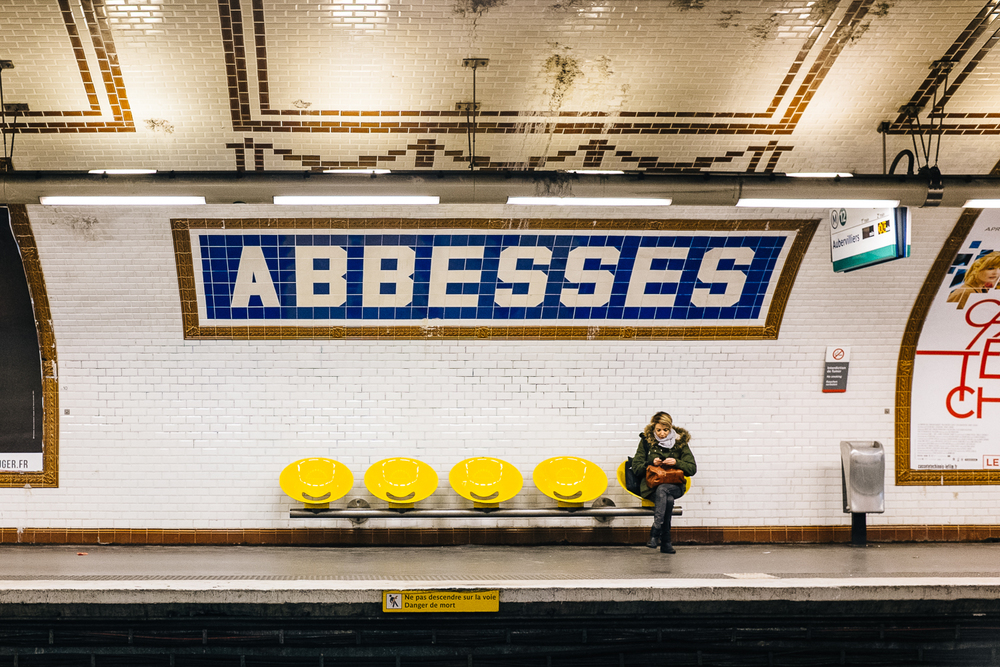 First up- getting to Montmartre! Take this opportunity to travel to Montmartre by The Metropolitan (known affectionately to locals as the Metro), it is both cheap and fast!

The nearest stop is Abbesses, which is the deepest train station in Paris because Montmartre is known to be a huge hill in itself. Exploring the neighbourhood of Montmarte alone can be quite a daunting feat. 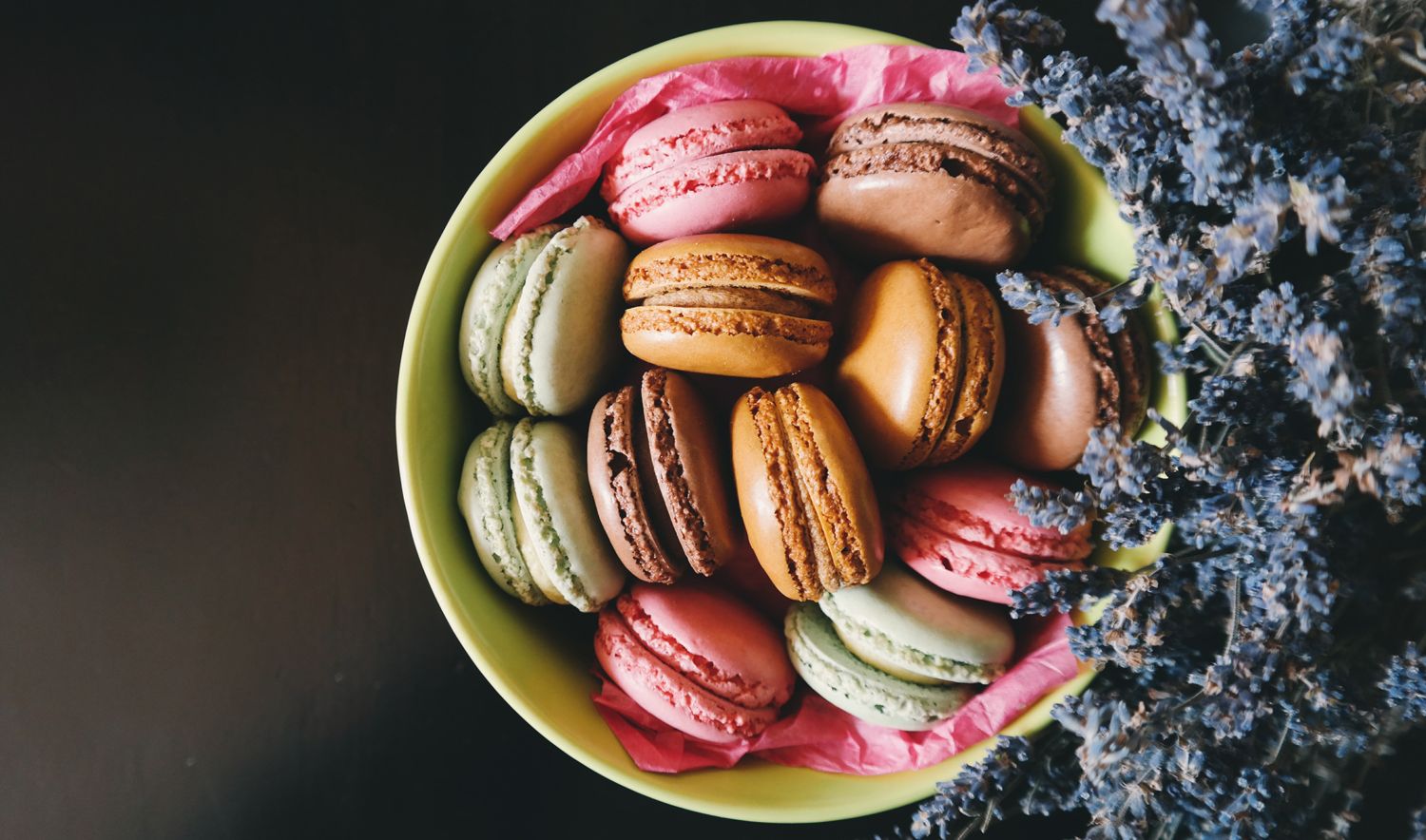 2. The Basilica of Sacre-Coeur

The Basilica of Sacre-Coeur is the white-domed church, located near the Abbesses metro station, which cannot be missed because it is the most iconic attraction when reaching Montmartre as it towers over the city. Even just googling about Montmartre itself will unearth hundreds of tourist photos of the monument.

Being steeped in important French history, this first location will be able to satisfy all art and history fans out there. For the Basilica of Sacre-Coeur signified the defeat of France in the 1871 and acts as a tribute to the 58,000 lives lost.

(note: if you’re into dining in history, feel free to check out Typical Parisian dinner in classic 19th century setting.)

To find out more, there are audio tours readily available for you in different languages that are FREE OF CHARGE. The Sacre-Coeur is not just a tourist attraction, it is also still a church and for those of you interested, the mass timings are from Monday to friday, 7am, 11.15am, 3pm (friday only), 6.30pm and 10pm.

The Moulin Rouge is known as a cabaret that was founded and built in 1889 and ever since then it has been coined the modern birthplace of can-can, which is a seductive dance that later turned into a form of entertainment.

Today, it still retains its antiquity and atmosphere as a place of entertainment for guest all over the world. This is an absolute must-see and must-go…Do not miss out on this opportunity, for there are line-ups for shows which you can go and book a reservation for and be blown off your feet.

The above mentionedHome-chef Mesny’s widely popular Macaron Making Class is only a few hundred meters away from Moulin Rouge. 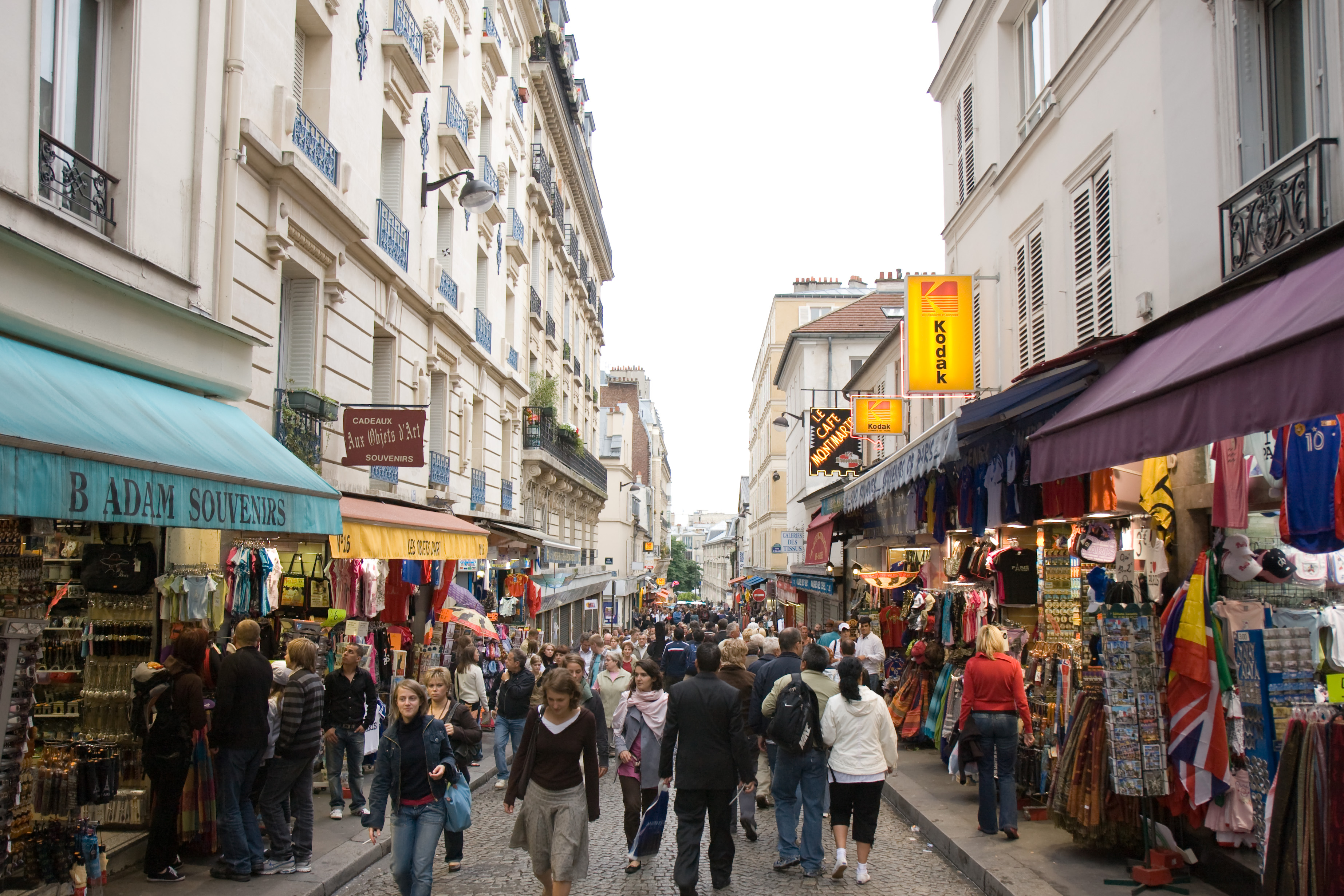 The streets of Rue de Steinkerque are filled with little shops with T-shirts and trinket peddlers, where you could easily bargain and snatch up some cheap deals. Every Saturday in the wee hours of the morning there will be trucks that drive up next to these little shops, followed by a line of workers jumping out of the truck carrying huge boxes of clothing and ‘’one, two, three’’ they swing and dump the clothes infront of the store baskets and then in a similar manner jump back onto the truck and off they go. Now, you will witness a crowd of eager shoppers trying to secure the best deals. If you are in Montmartre, Paris on a Saturday morning you can head over and join the buzz.

Apart from the countless shopping opportunities, there are also many cafes! Some of the highlights include La Cure Gourmande and Maison George Larnicol Chocolaterie. Time spent here in Rue de Steinkerque will never be a waste of time! 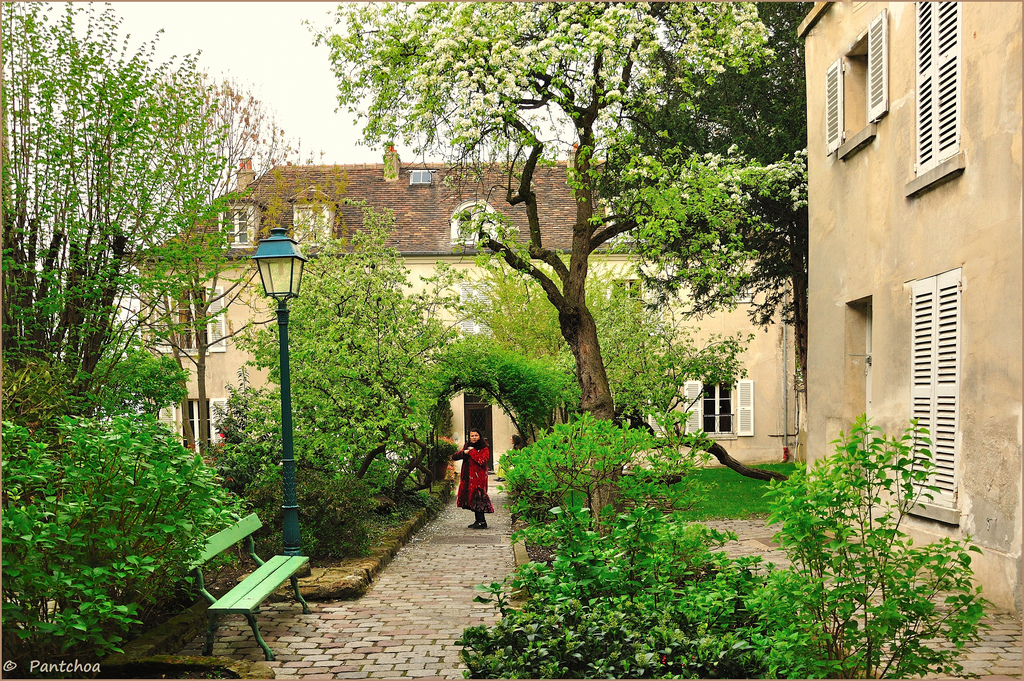 To really say that you have been to Montmartre you have to visit the Musée de Montmartre as the pieces displayed are symbols of the charming architecture that surrounds the whole city. Furthermore, this museum is set in a home that was a common meeting place for many artist and writers.

In 2011 the new owner redesigned the place in hope to further recreate the idea of homeliness, as well as still retaining its former importance of a meeting ground and hence included an extended venue, Renoir gardens, opened only in 2014, this place was the spark of inspiration for many past resident artistes and together with the new 3-storey exhibition showcasing Suzanne Valadon’s art studio, it has become a must-see highlight of all travellers who come to Montmartre. 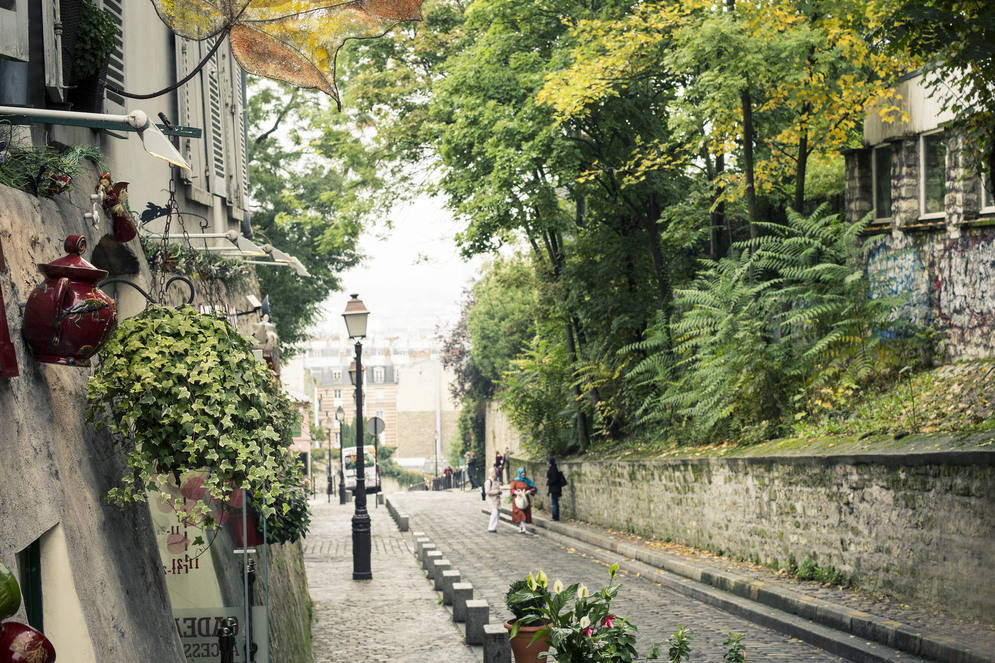 Located in a very homely and charming place called Emile Goudeu, the Bateau-Lavoir’s wooden structure used to be residence to a piano factory. The place was poorly heated, so other studios would all come together to warm one another up, this led it to being a forum for artists from all over the world, creating a melting pot of Modern Art. This place was paid homage to by lots of artist and writers such as Apollinaire, Max Jacob, Mac Orlan, Modigliani, Van Dongen and Juan Gris and not forgetting Pablo Picasso.

Though the place seemed miserable – glacial in winter and scorching hot during summer, Picasso once wrote: “I know we will make it through the Bateau Lavoir. There we were truly happy, we were considered as painters and not as curious animals”. 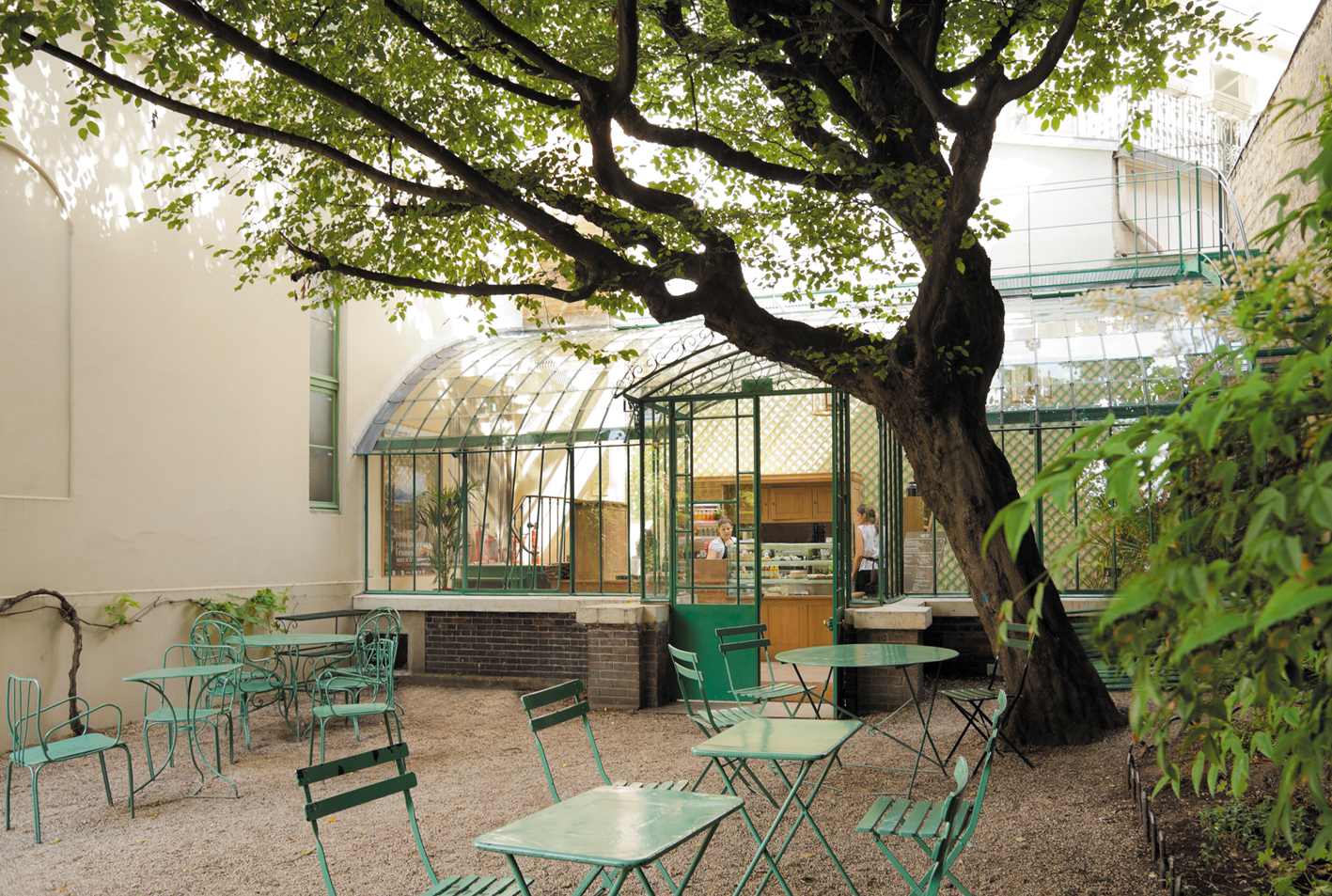 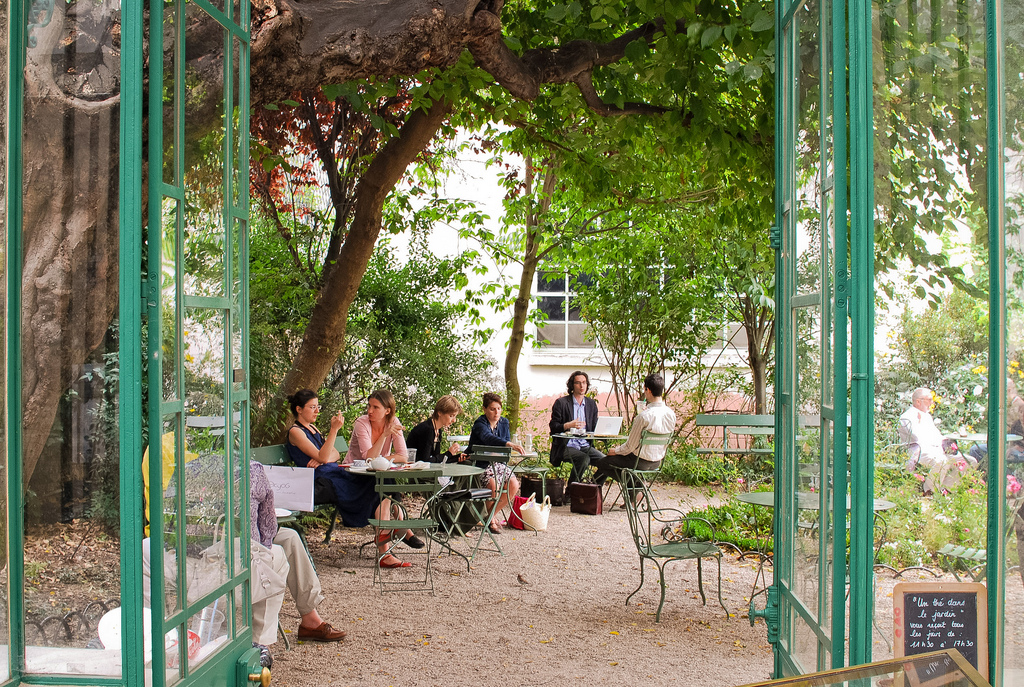 Paris is given the name as the City of Love for a reason. In Paris, Romanticism was an artistic movement and fed inspiration to countless hordes of artists and writers from Europe. In the early 1830s, Dutch painter Ary Scheffer transformed his beautiful home, Hôtel Scheffer-Renan, into a salon. Which was later visited by many artists such as George Sand, Frederic Chopin, Eugène Delacroix, Franz Liszt whose artwork is hung up in the museum.

The museum actually organizes temporary exhibitions, concerts, book readings and children activities. And for those of you who are planning your trip from March through October, the museum opens up its tearoom in the garden’s greenhouse. A beautiful sight indeed, sipping tea and crunching on local snacks on a patio with friends both old and new. Definitely something to look forward to. 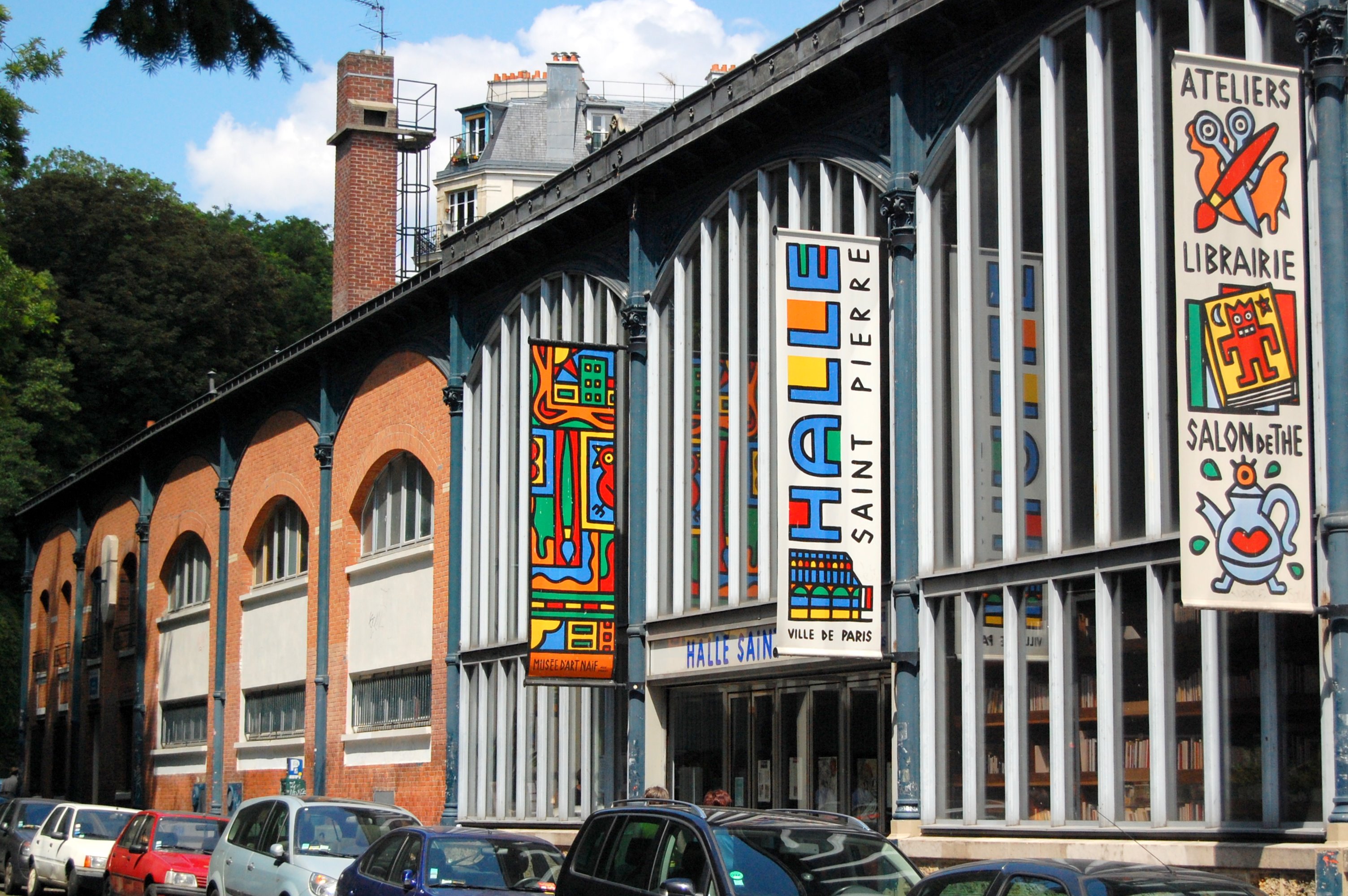 To all the art lovers out there, Musée d’Art Naïf Max Fourny is a must-visit attraction as it provides a much more modern perspective of the Montmartre Art Scene. Originally built to act as a marketplace, the museum acts as an exhibition centre and a venue for cultural events. Max Fourny is known for his naïve (folk) art, also called “art brut” (“raw art”). The collection includes more than 500 paintings and 80 sculptures. 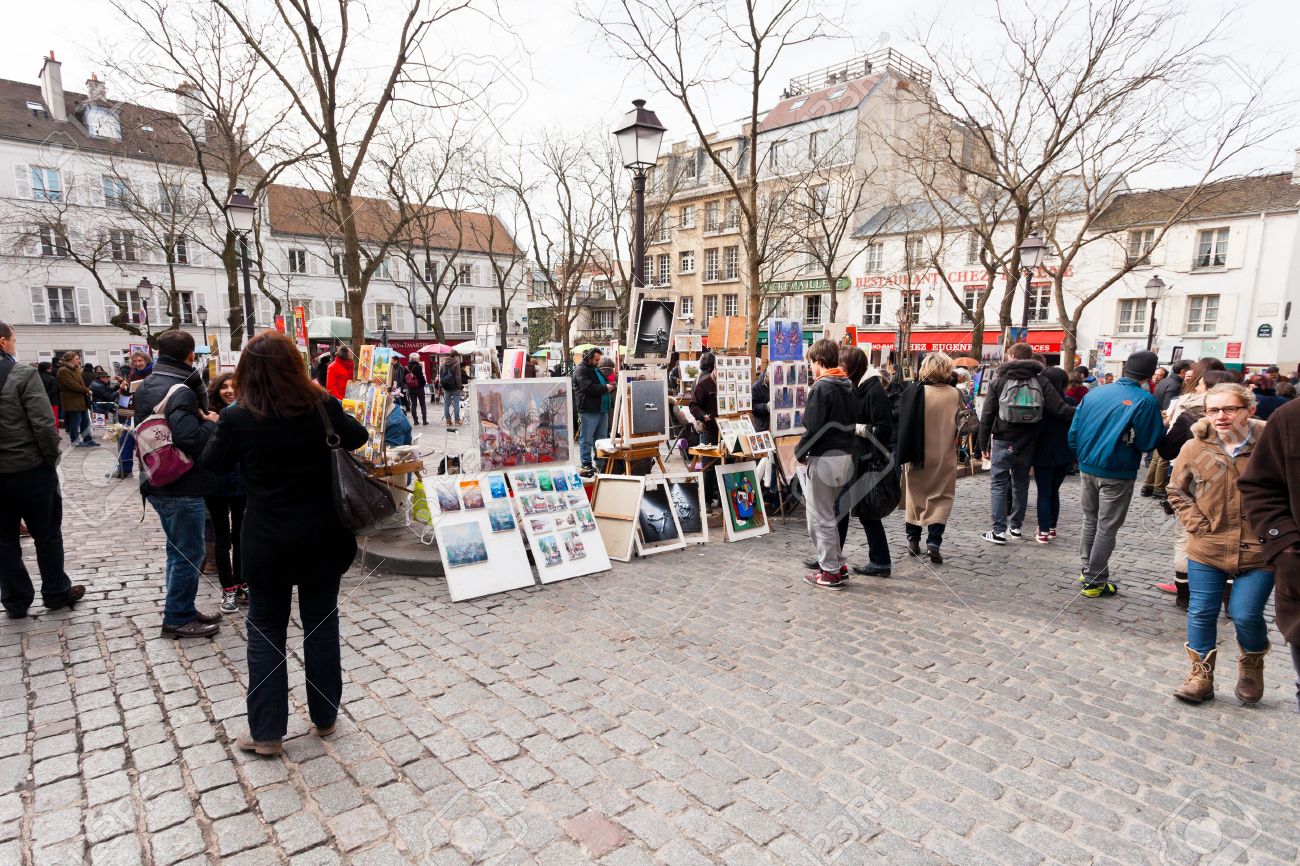 Another place not to be missed is Place du Tertre Montmartre, the whole street is packed with colourful artist stalls, bringing inspiration to many for its vibrancy and liveliness. Located within a picturesque cobblestone square that acts as an open-air art gallery bustling with locals and tourists, the square is also lined with 18th-century buildings featuring busy restaurants, cafes and crepe stands.

Centuries back before Montmartre became a part of Paris, this square bustling with life was the main square of a medieval village. If you are travelling with family or just want to sit by the side there are many places with outdoor seating for you to bask in the life created by the locals at Place du Tertre. Being a place of interest for many, it gets packed with tourists however fear not for Place du Tertre retains its charm. The narrow lanes invites visitors like you to explore them!

Have you been to Montmartre and have a favourite go to place that we did not mention here? Do tell us in the comments below and share your expert tips!

Spotlight on: Marotta-Mondolfo, Italy
Travelling to Paris: An Essential Guide
Tips&Tricks: How to Ride the Parisian Metro l...
Where to Find the Best Steakhouses in Japan
Exploring Venice as a Vegetarian The Little Sparrow: Walk in the Footsteps of Edith Piaf
Scroll to top