Imagine yourself in a room full of talented artists and intellectuals...people just like you, who live life to the fullest, who embrace creativity and chase risk fearlessly...as you slowly sip a delicious Bordeaux, you hear the lilting words of a poem that you assume must have been written by someone obscurely famous in the 18th century...until you realize the handsome man standing next to you just wrote it a few hours ago...the ink still wet on the paper...you blush coyishly at this discovery, when suddenly some of the best jazz you've ever heard starts banging out of the white piano across the room...you walk over and melt as you watch a mysterious stranger lend her voice to the music while you are suddenly transported back to the 1920's...you turn around and someone's pouring you another glass of wine...to your surprise, you discover that across the table someone is painting a portrait of you...and you've never looked so good! This is a night of magic and possibilities...anything can happen at La Bohemian Soiree in Montmartre!

BRING: a book that's changed your life and/or a photograph of a significant moment in your life.

Sip wine, mingle and exchange -in a hidden corner, to a cluster of two or three, or to the whole room- as the energy guides you and the evening indicates! "Take the stage" when the spirit moves you, but don't be greedy...you are sharing a room with other humble, but high caliber talent and intellects...so be fair to your comrades and know your audience! Bring a musical instrument if you want to, and come in evening attire (whatever that means to you...you Bohemian!) We will provide the ambiance, aperos, a piano, violin and ukelele for those inclined...

A variety of tasty, home-made, international aperos, plenty of red wine and our signature Lemon Cake!

“In this bizarre land swarmed a host of colorful artists, writers, painters, musicians, sculptors, architects, a few with their own places but most in furnished lodgings, surrounded by the workers of Montmartre, the starchy ladies, the retired folk…Montmartre was home to every kind of artist.” Penned in 1882 by the writer Félicien Champsaur, these words describe the diverse, raucous and irreverent community for which the Parisian neighborhood of Montmartre was known. Artists, intellectuals, and writers flocked to this bohemian district, frequenting its vibrant performance halls and celebrating them in their paintings, literature, and poems. But while Montmartre’s popularity as a brash amusement district reached dizzying heights in the 1890s, perched atop a hill to the north of Paris’s city center, Montmartre was initially a rural village dotted with vineyards and windmills. The area’s picturesque appearance and its views of the metropolis below had long been popular with artists, such as the landscape painter Georges Michel (1763–1843). It was in this area—Van Gogh’s “petits boulevards”—that young avant-garde artists such as Henri de Toulouse-Lautrec (1864–1901), Vincent van Gogh (1853–1890), Émile Bernard (1868–1941), and Louis Anquetin (1861–1932) lived and worked. A long-established center of local amusement, the “butte” featured working-class dance halls such as the Moulin de la Galette, whose iconic double windmills became the first architectural symbol of Montmartre’s bohemian culture. The Moulin de la Galette became a popular subject and was painted by, among others, Renoir and the visiting Catalan painters Pablo Picasso (1881–1973), Santiago Rusinõl (1861–1931), and Ramón Casas (1866–1932). Replacing the Latin Quarter as the locus of the city’s intellectual and artistic community, Montmartre boasted a thriving bohemian culture that was driven by its critique of decadent society. Its raucous café-concerts and cabarets featured satires and crude, often subversive, performances that mocked the Third Republic’s bourgeois morality and increasingly corrupt politics. Cabarets and café-concerts were favorite spots for avant-garde artists such as Degas, who sought to capture their celebrated performers, hazy atmospheres, and artificial stage lighting in his paintings, pastels, and prints 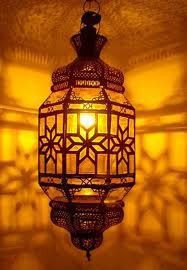 Café de la Culture is an international venue for the unique and diverse population of artists,

being part of this evening like breathe deeply, essential and natural. The people were inspiring and exciting. The wine was delicious. Merci beaucoup!