Hidden in my jacket pocket, my thumb compulsively brushed my sticky fingers clean as I fought the urge to nervously pace in the small South Korean police station. Still sloughing off tacky residue from the center of a green tea ‘hotteok’ pancake, I glanced over at the slightly graying officer, huddled over a worn scrap of paper behind the desk, carefully inspecting my hotel address for the 37th time in ten minutes.

Since landing in Seoul and emerging from the massive Jongno 3 underground into the chilly springtime air, the paper had passed hands many times as I strolled the unfamiliar city streets lined with food carts and restaurants displaying sea creatures in glass tanks. I stopped to ask local workers how to arrive at my hotel and those that could not help would usher me to a Millennial, who was armed with a smartphone, good standard of English and shoddy sense of direction (like mine). Digital map loaded, they whirled around to determine the correct orientation and carefully pantomimed the phone’s suggested route. 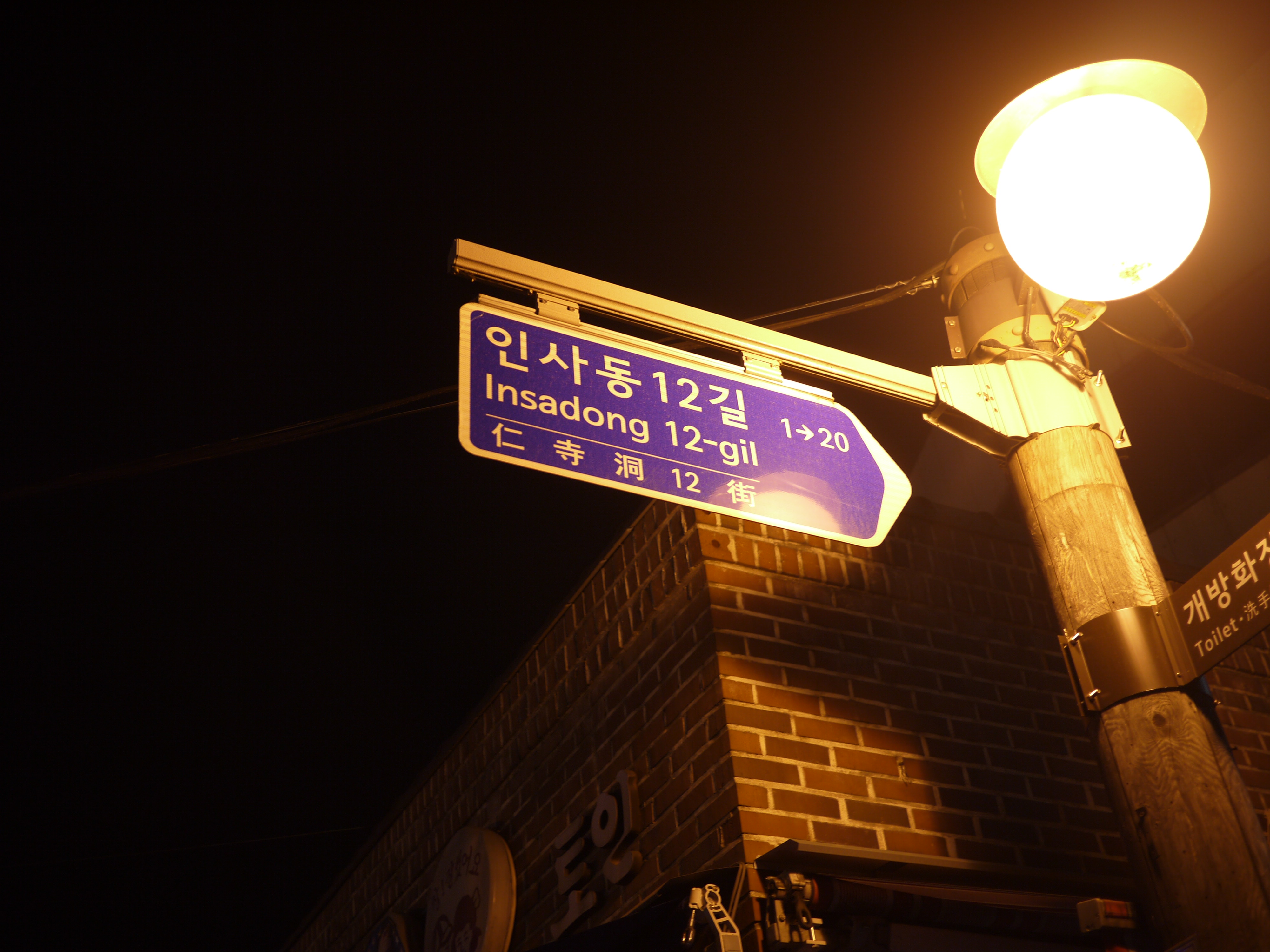 Following their directions, I meandered in figure eights, arriving back at the same pancake stand for a third time. The vendor offered a shy carmine smile that matched her apron, but was unable to point me in the right direction. I would come back several times over the upcoming days, but that afternoon I waved brightly and strode off with pancake in hand, vowing not to unintentionally return. When my teeth sank through the warm dough to discover a gritty brown sugar filling that ran onto my hands, bliss radiated from my taste buds. 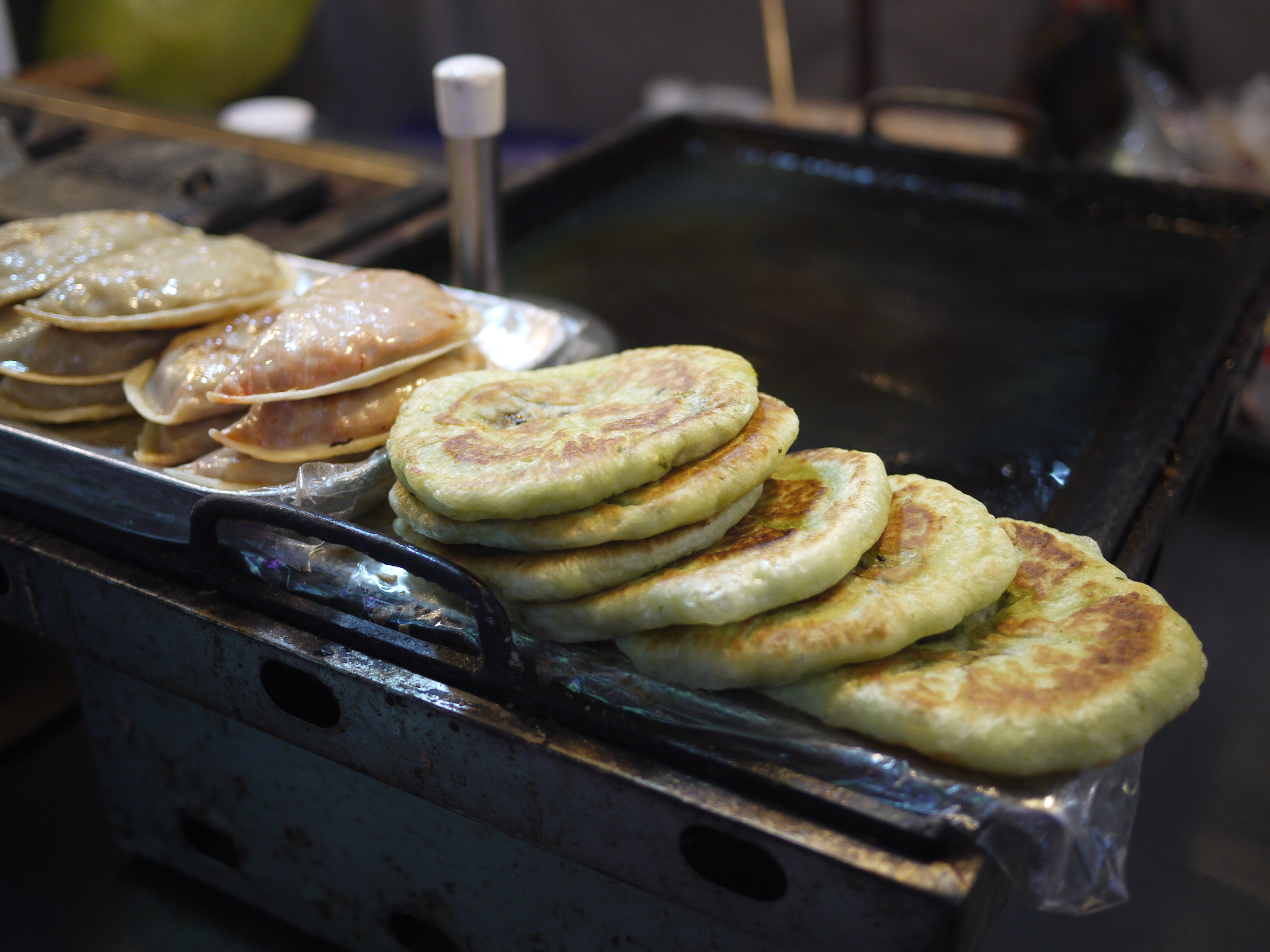 And my positivity continued to balloon as I stumbled upon the Insadong police station – because police officers would know their designated area inside out!

I reticently entered and approached the sole officer, explaining that I was a lost tourist.  The policeman stoically stepped to the wall map, surveying it in silence. After a few long minutes of tracing various roads through the district with his finger, he began to pleasantly hum, dissolving the rigid quiet with a simple spontaneous tune. The corners of my lips automatically turned up, but my gaze stayed fixed on the map, scrutinizing tiny characters and pretending that they could be of use to me in spite of my Korean illiteracy. After all, I didn’t want the policeman to think I was lazy, so even as he retreated to his desk, I continued the charade until the rest of his uniform-clad team poured into the small office. 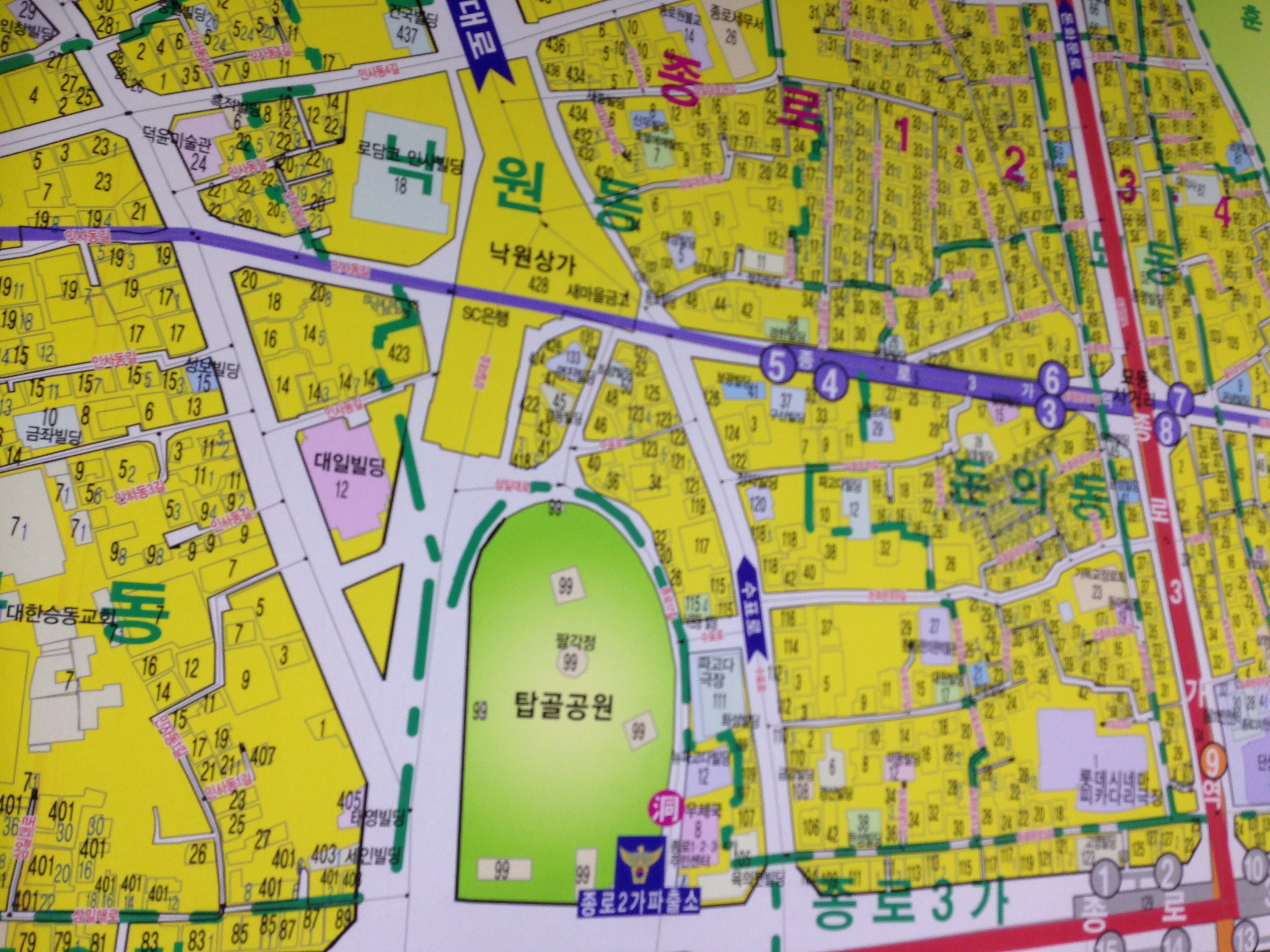 After a prompt explanation of my presence, the squadron jumped into action: some joined me at the map, two sat clicking away behind computers, another vigorously swiped through his smartphone. There was minimal chitchat as they diligently searched for the address, and I was touched that every person I approached had sought to assist me. Though with no luck, I secretly wondered if I would have to fork over copious amounts of cash for a knowledgeable taxi driver…

“Hello?” the original officer waved at me.

I prepared to memorize more directions and braced myself for another embarrassing trip past the pancake lady. But he triumphantly held up a set of keys, jangling them slightly and exclaimed, “Police car!” A young, shorthaired colleague whisked my bags to the trunk as I slid into the back seat behind the glass panel, utterly relieved.

Soon we turned into a small alleyway, and passersby peeked at me curiously when I climbed out of the car, likely wondering what crime I had committed. But they quickly went back to their own business as I heartily thanked the police officers for delivering me to my accommodation. And for a moment, I don’t know who was grinning bigger – them or me. I am not sure how often they escort lost foreigners to their destinations, but for them it was all in a day’s work. After a final wave good-bye, the pair headed back, their duty complete.

They say it takes a village to raise a child. Well, it “only” took many courteous Korean locals to help me find my way. I reflected on their genuine kindness and generosity, happily humming as I approached the hotel. 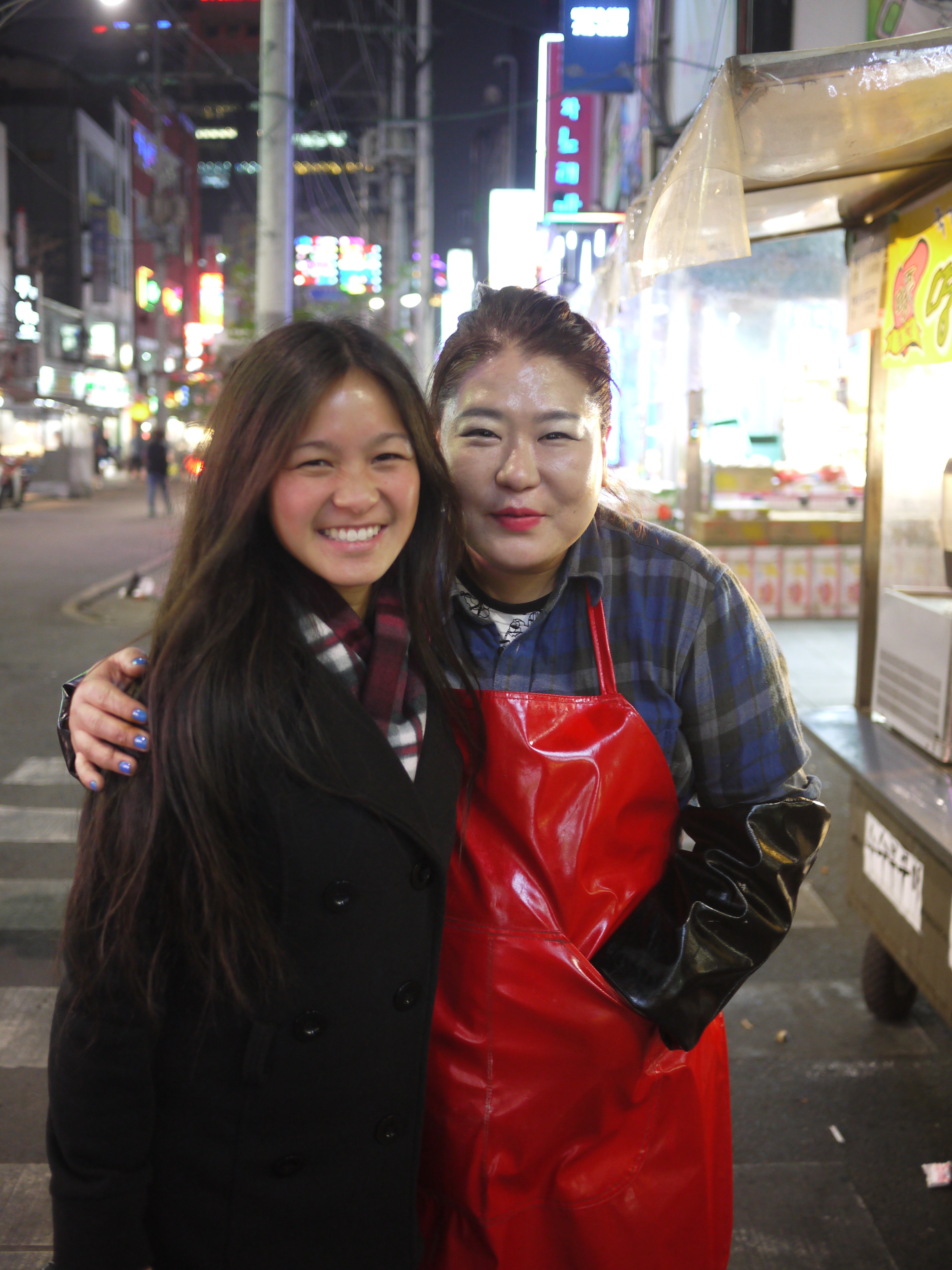