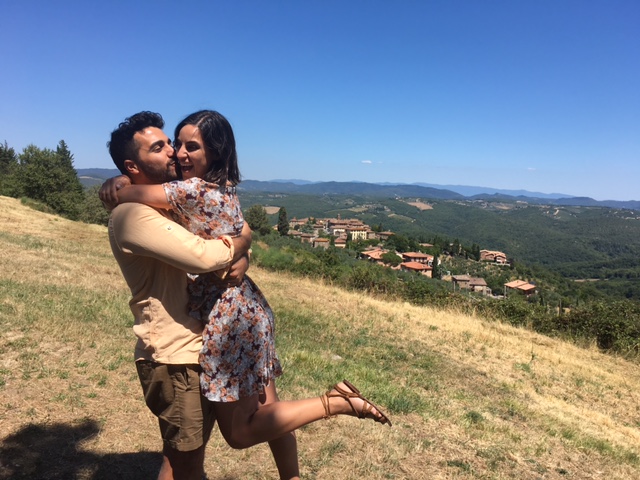 On a hot Tuscan day Joey sat beside his girlfriend of ten years, Liz, as they drove through Chianti countryside. Originally from Australia, the love-struck couple had been touring Tuscany’s rolling hills in their rental car, with a dinner in a fancy restaurant organised that evening. Unbeknownst to Liz, Joey had planned something between these two events that would change the course of their lives- if it all went to plan!

As they continued down the open road, Joey pointed out some signs that had been put up under road signs, they read “picnic”. “I wonder what these signs are all about?  Maybe we should follow them and see where they lead us?” he said to Liz. Resisting the temptation to smile, Joey stayed cool and turned in the direction of the signs. 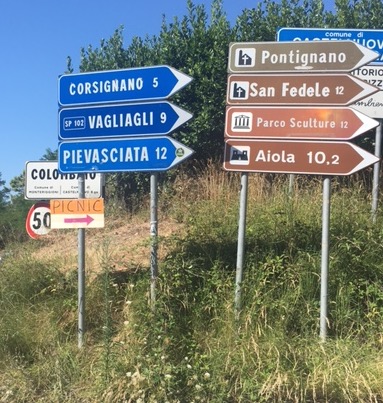 As the car navigated around Chianti, Liz thought aloud “actually a picnic sounds so nice right now. I would love to have a picnic, even more than a fancy dinner tonight, I wish we had thought of that”. The car came to stop at an old oak tree, Joey and the increasingly suspicious Liz got out of the car. Before them lay a picnic, on top of a wooden table. The Tuscan spread was not there by coincidence, BonAppetour hostess Deb had skilfully prepared a feast of prosciutto, salumi, pecorino cheeses, with fruits and jams. All locally sourced and presented just for them. Of course no meal is complete without dessert, so the couple had a double chocolate pasticcini to look forward to. 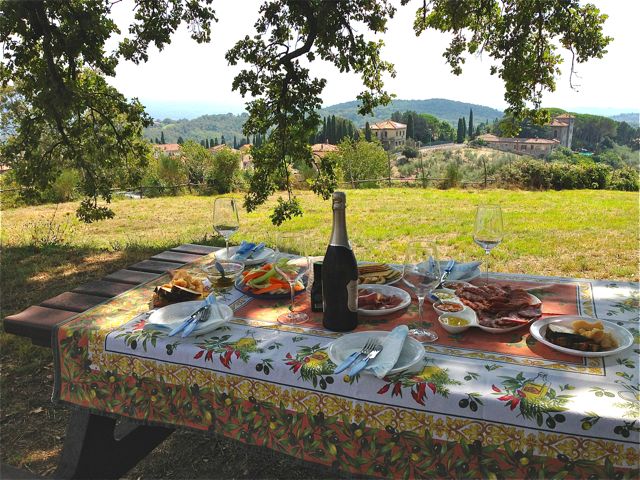 Joey had actually contacted local hostess Deb through the BonAppetour website, he wanted a special local dining experience in Tuscany. He had been with girlfriend Liz for 10 years and he wanted to ask her THE question of a lifetime: Will you marry me?

This proposal picnic was organised by Deb who set up all the signs that were dotted along the Tuscan roads, and had placed the picnic in her favourite spot, with views of the Chianti region. Joey said he would make the proposal within the first 15 minutes of their arrival. The plan was for Deb and her husband Massi to wait about 10-15 minutes, before arriving with a chilled bottle of Prosecco to give to the (hopefully) happy couple. 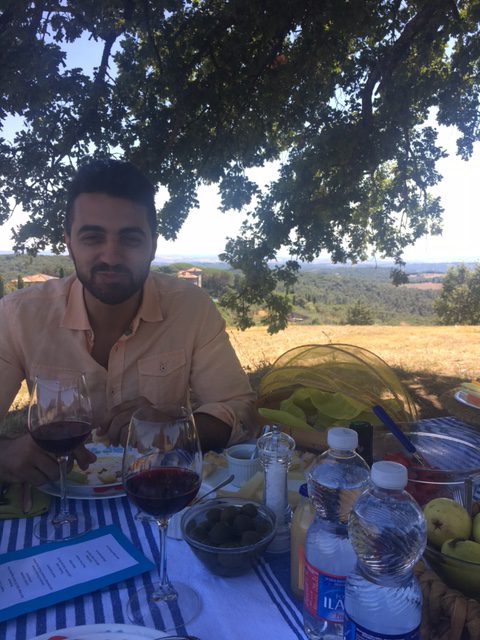 Arriving at the picnic table, the couple began to enjoy the local fare, and Joey attempted to throw Liz off the scent. He handed her a small box. We can only imagine the disappointment when Liz opened it not to find a ring, but a necklace placed in there! Luckily for her, both the ring and proposal for marriage came next. Deb and Massi described what then ensued “ We did not have to guess when the exact moment the BIG QUESTION was asked. We could hear the laughter, the joy and emotion in Liz’s voice from where we were ‘hiding’”. 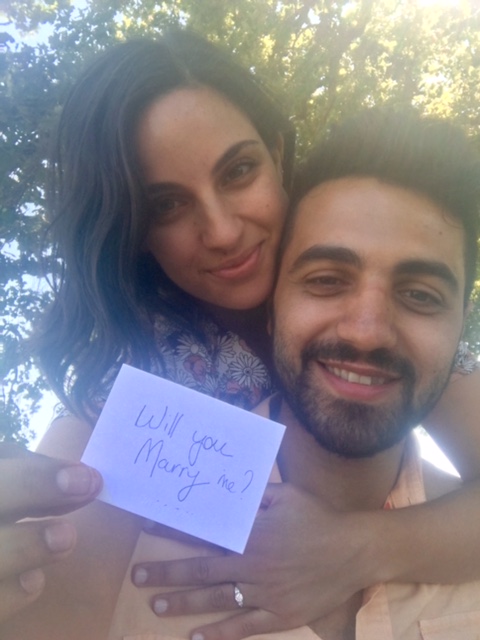 Massi came forward to congratulate the newly engaged couple, presenting them with a bottle of Prosecco, complete with an ice bucket and two glasses. He ceremoniously opened the bottle with a sword. This technique is called Sabrage, and was made popular by France’s little corporal- Napoleon Bonaparte. 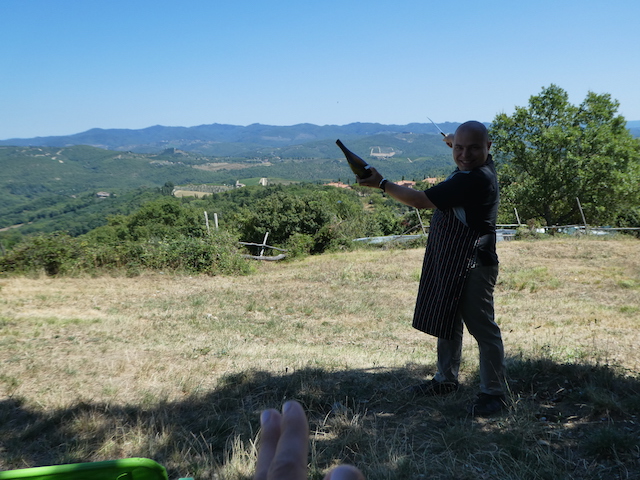 This was a magical day for Joey and Liz, one they will never forget. We are so grateful to our wonderful BonAppetour hosts for making this day so special. We got in touch with Deb and husband Massi to find out how they felt about hosting this experience with BonAppetour: “Doing this type of work is so rewarding, that it does not seem like work at all”. 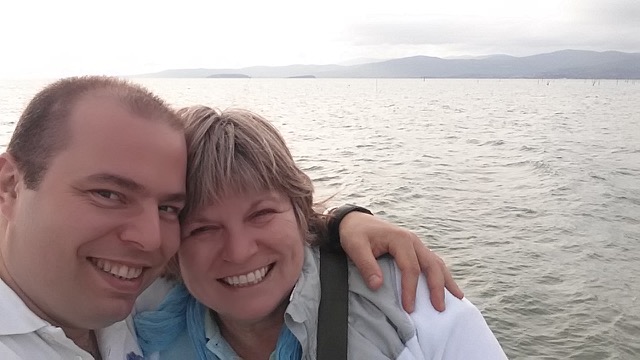 If you’d like a similar dining experience in Tuscany with locals, get in touch with Deb and see what can be arranged for your day out in Chianti!

Show me more!
An Appetite for Walking? Discover Hedonistic Hiking! Home Chefs Around the World Tell us Why they Cook for Strangers
Scroll to top