Ask anyone what their dreams are, and the resulting list would almost certainly include: travel the world.

For a long time, this ranked highly on my own bucket list as well, but I wasn’t the unique butterfly I thought I was. Wanderlust seems to be a universal desire amongst men and women, almost like a common gene that we all share.

(Or a mental illness. But I digress)

But really, why do people love to travel? Is it simply the effect of reading one too many quotes about travel on social media?

To answer this question, we decided to ask the very people who have made it their job – and life’s mission – to travel the world. We talked to top travel bloggers across several countries, asking them a simple question: what do you love the most about travelling?

As if we needed any more reasons to travel. Disclaimer: we are not to be held responsible for any sudden onset of wanderlust whatsoever (or are we?).

Here’s what they shared with us. 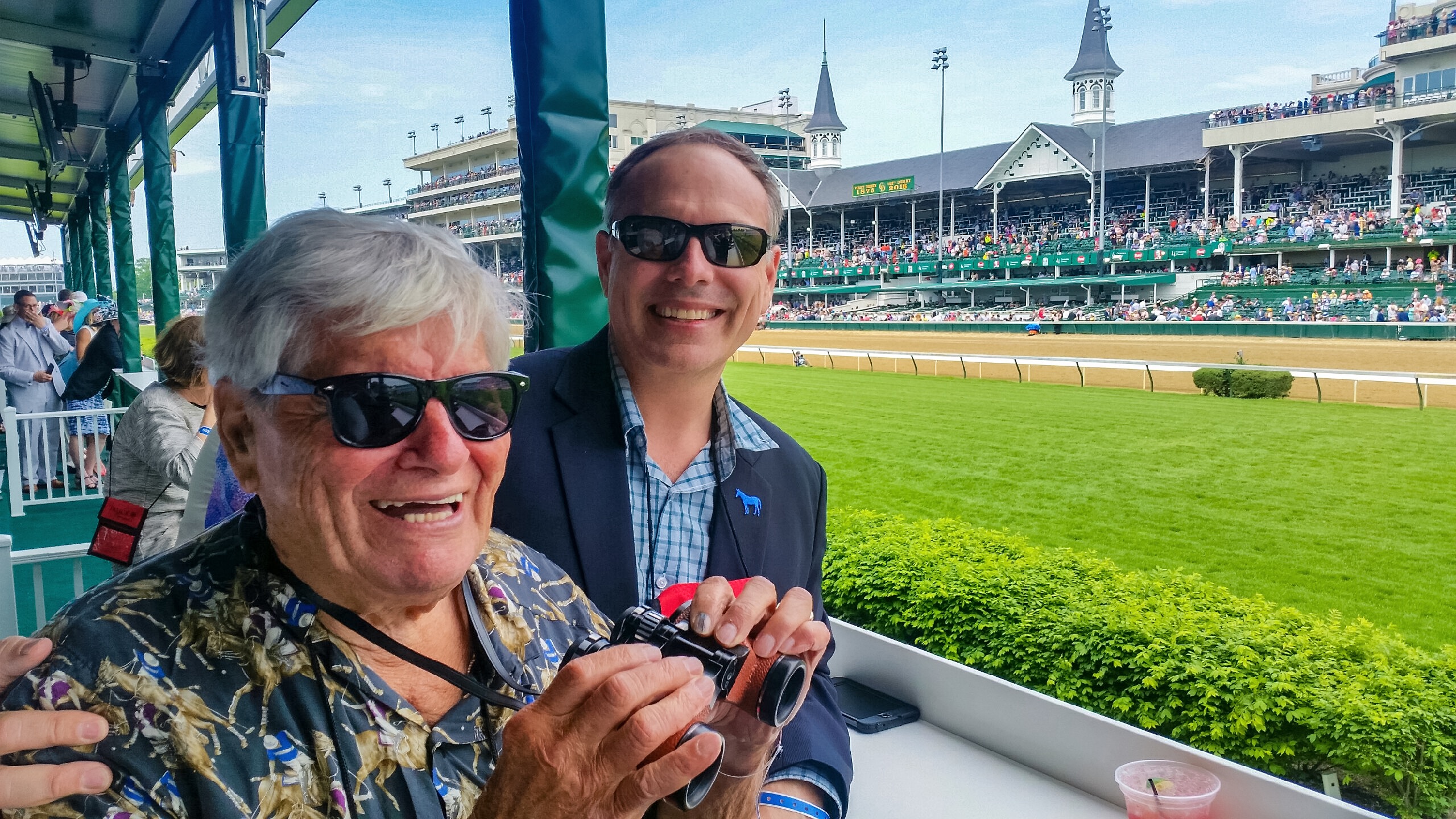 My favorite thing about traveling is seeing new places, meeting its people, trying their foods and sharing my experiences with my friends/family/followers. 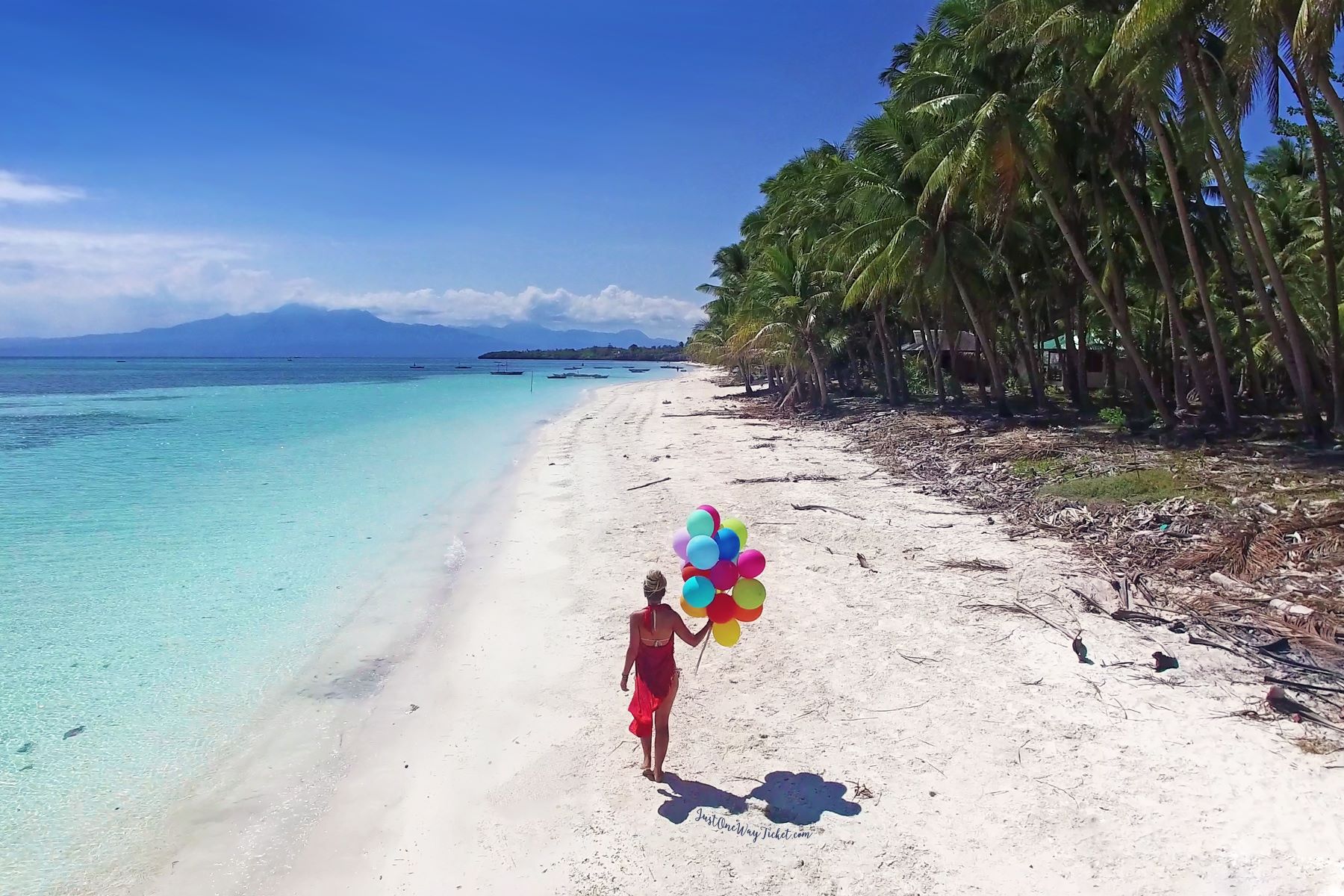 For me its definitely trying new cuisines and experiencing a new culture. We can learn so much by seeing how the world works on the other side of the planet.

Yaya and Lloyd from Hand Luggage Only 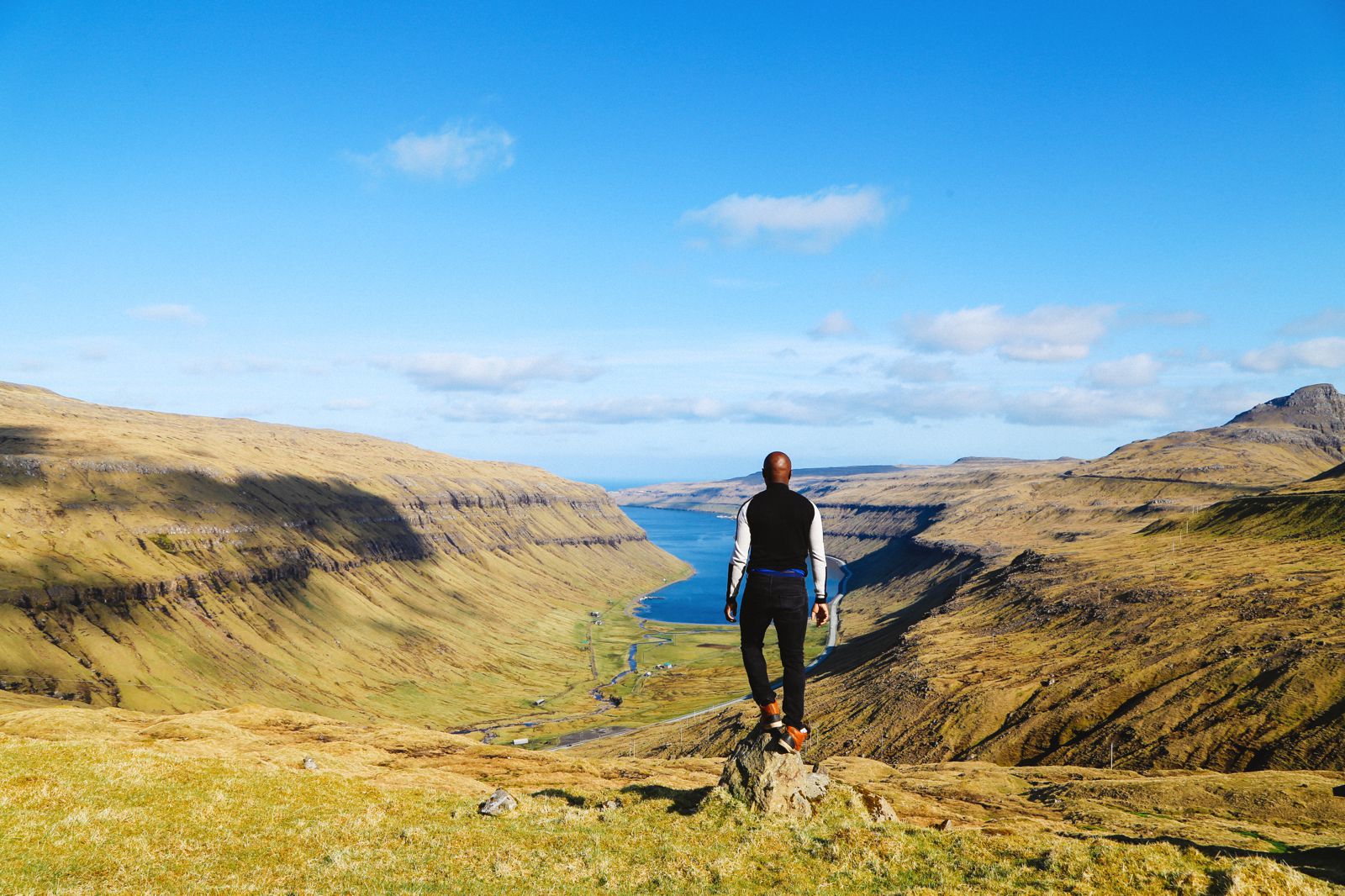 Last seen: Getting a suntan at the Maldives.

One thing that we love most about travel is the diversity you experience, nothing is ever the same. Travel really does open your mind and broaden your horizons… it has an infectious ability to enrich your life and truly appreciate how special our world is.

Also, travel is all about the experiences and the emotive connection you have with a place or time. For us, travel creates lasting memories and beautiful experiences that are invaluable. 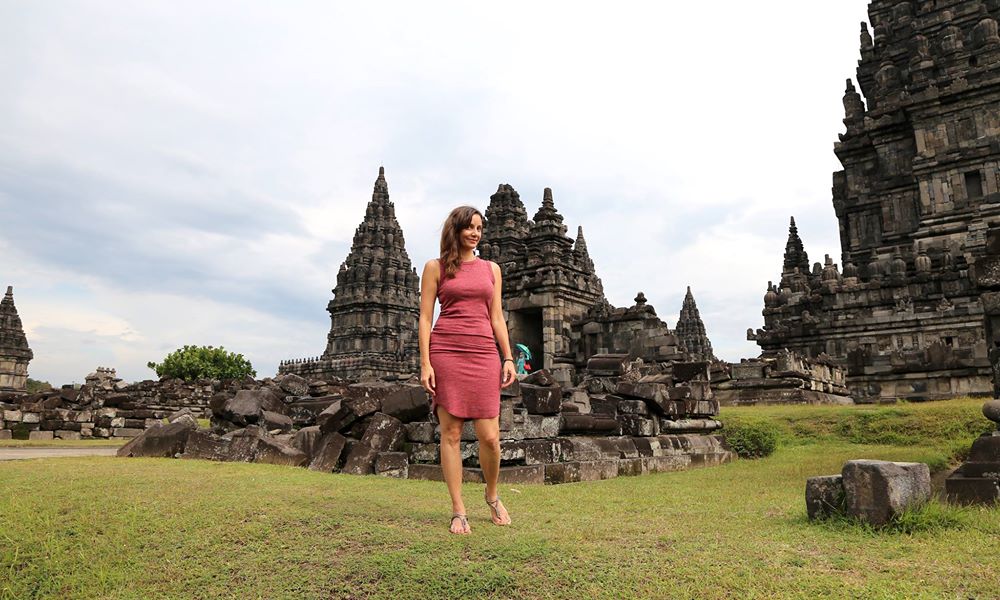 Last seen: Diving through the waters of Raja Ampat, Indonesia.

I travel because of a pure fascination with the world and desire to get to know it better. But, mostly I travel to learn, not only about the places I visit and people I meet, but also about myself.

Anton Diaz from Our Awesome Planet 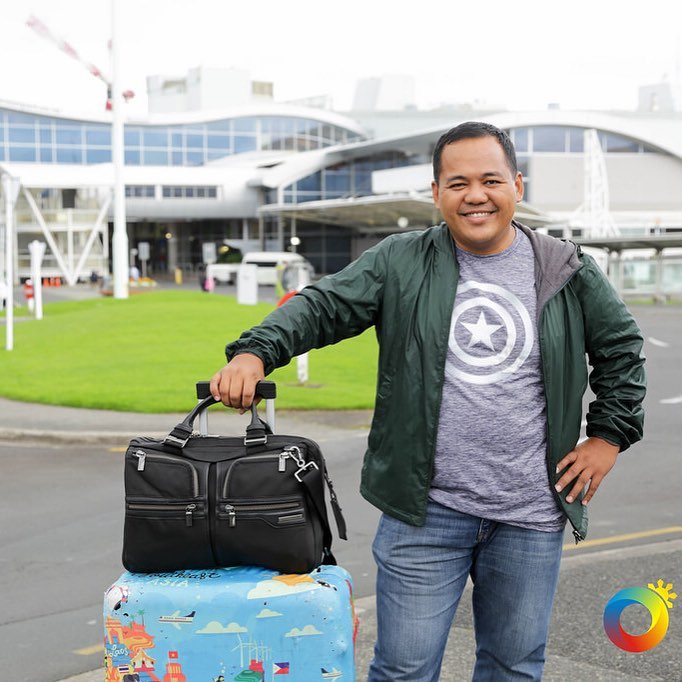 I love discovering other cultures through food and staying with the locals when I travel but what I love most about traveling are the misadventures that happen along the way and how it brings out the best (or worst) from your travel companions. 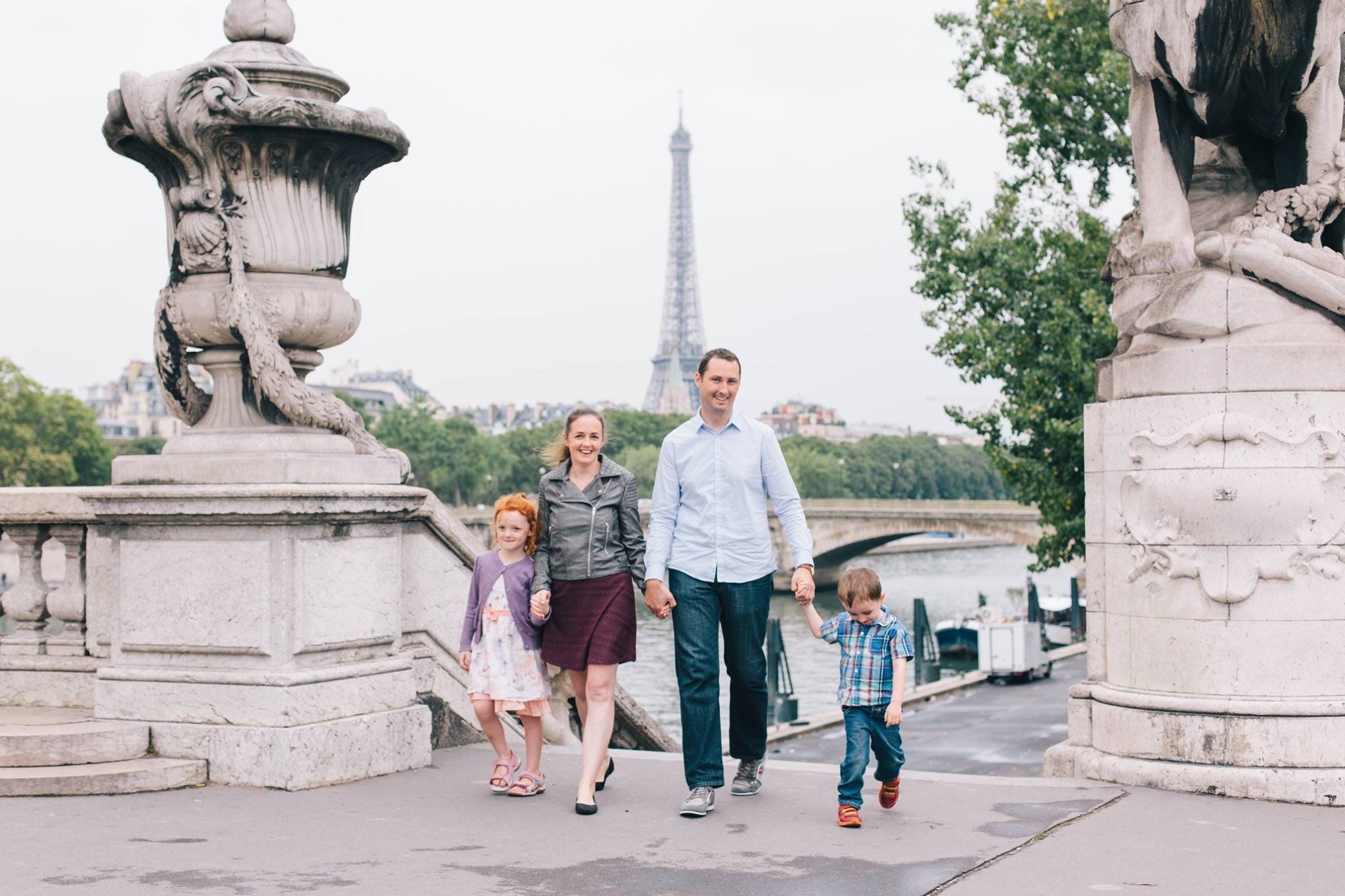 Last seen: Touring the beaches and markets of Ballina, Australia.

I am an experience junkie – I want to experience everything! Travel helps me achieve this and that’s what I love most about travel. 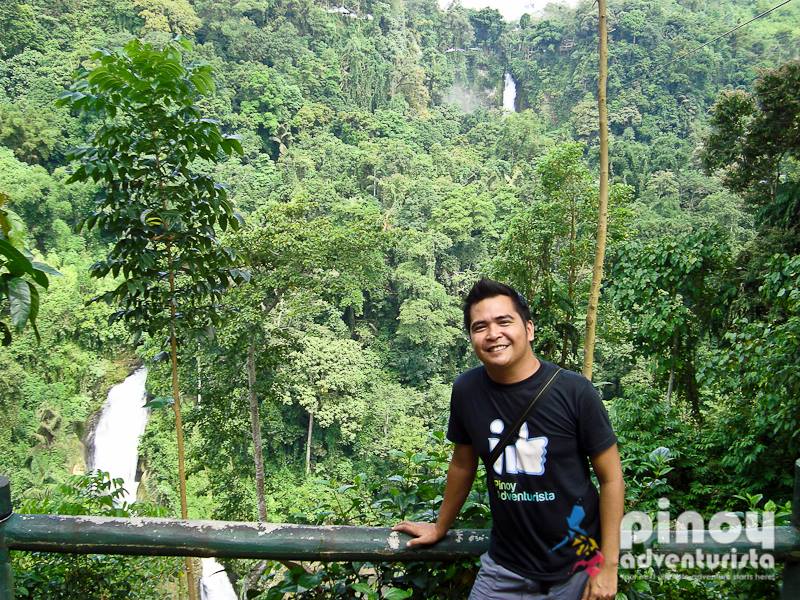 What I love about traveling is meeting new people and learning new cultures. That is something that we don’t learn in school or read in books. 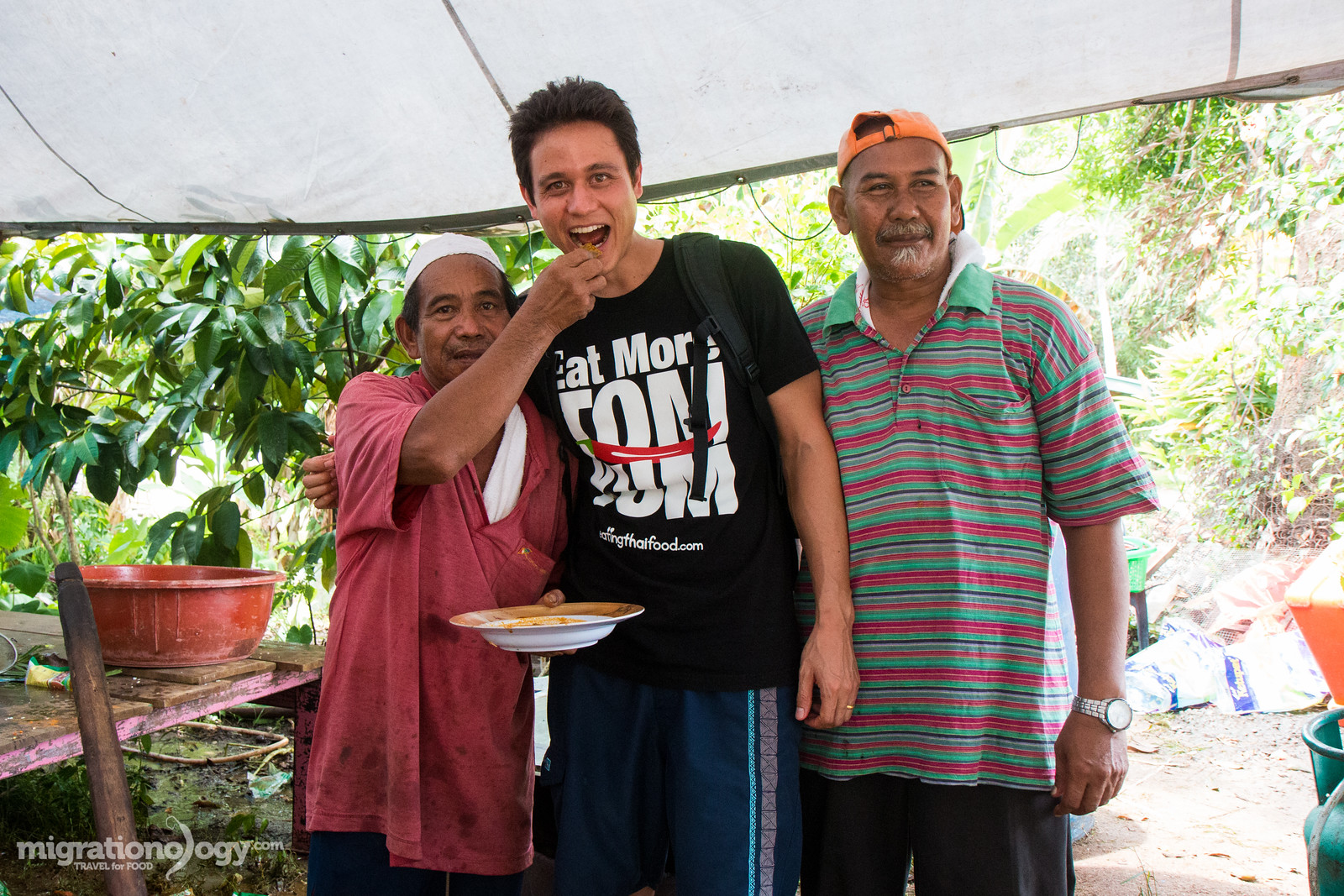 Last seen: Eating his way through markets and restaurants in La Boqueria, Barcelona.

When I travel, there’s nothing I enjoy doing more than eating local food in a typical atmosphere, preferably at street foods stalls or family run restaurants. It’s a thrill to taste dishes and different combinations of ingredients, and to connect with the local culture through food. 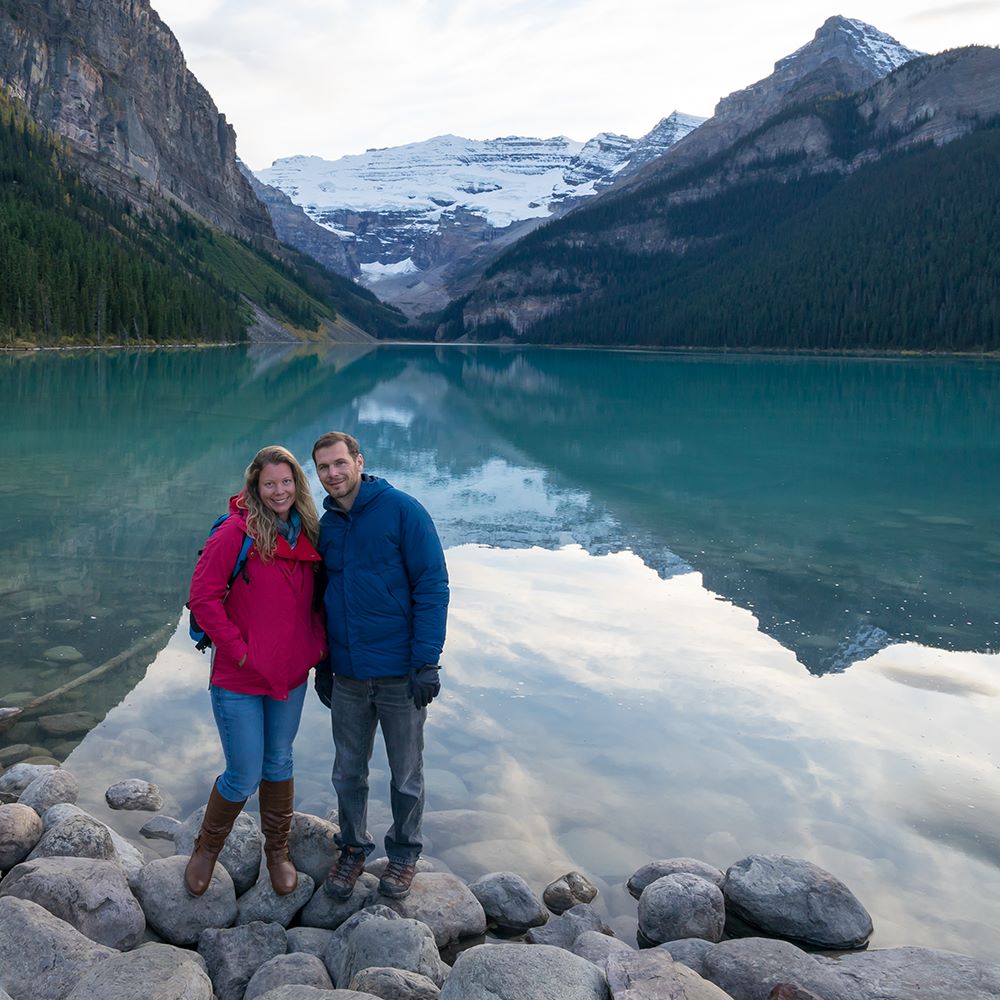 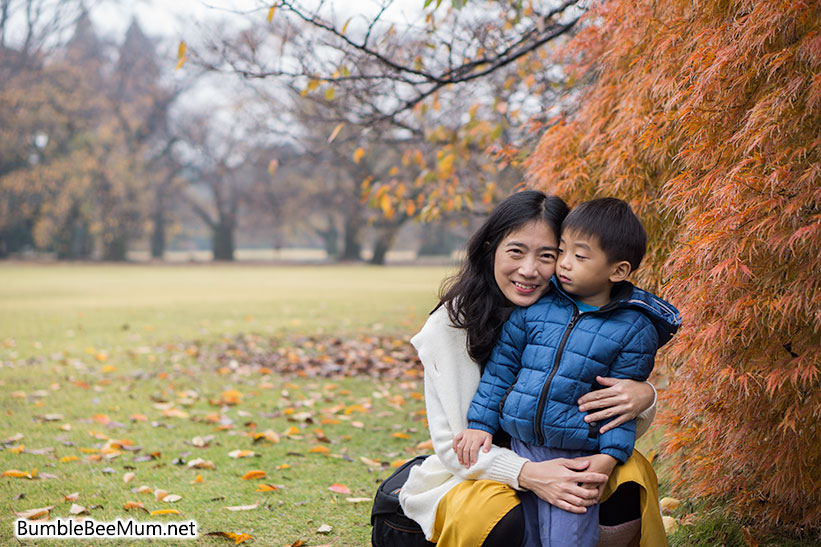 Last seen: Checking out child-friendly board game shops in Singapore.

What I love most about travelling is experiencing something that I cannot find in Singapore, like touching the snow, viewing autumn leaves, tasting authentic local food, and so on.

Nick Wharton from Goats On The Road 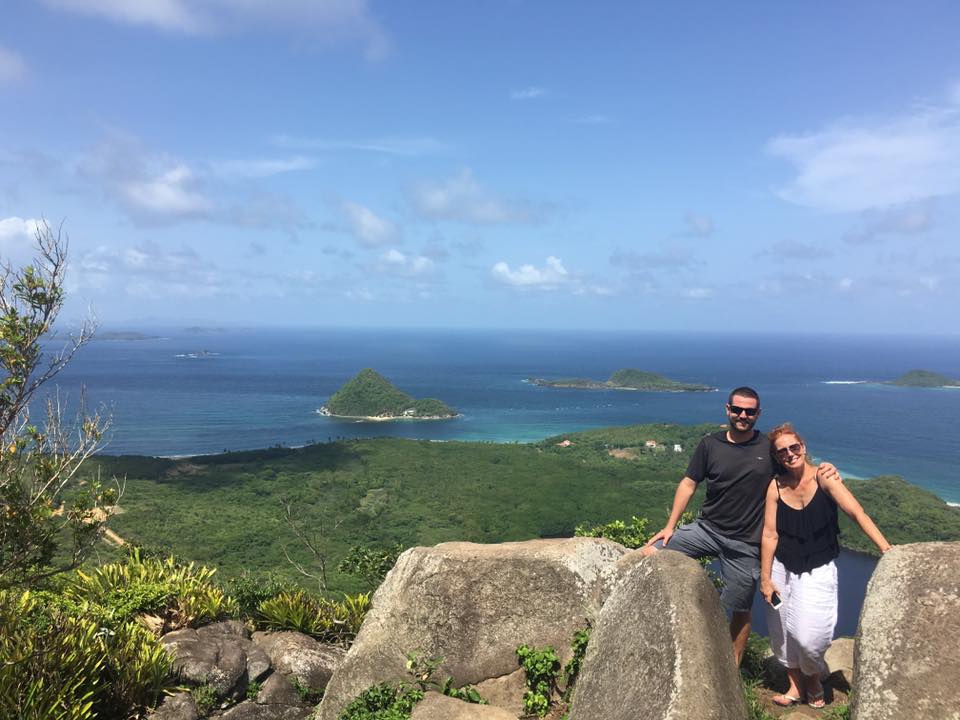 Last seen: Preparing to leave Grenada, where they spent 1.5 years.

The thing that we love the most about travelling is learning about new cultures and interacting with the local people. We love learning about what their lives are like and forging friendships with the people of the countries we visit. That’s what travel is all about to us.

Erin Bender from Travel With Bender 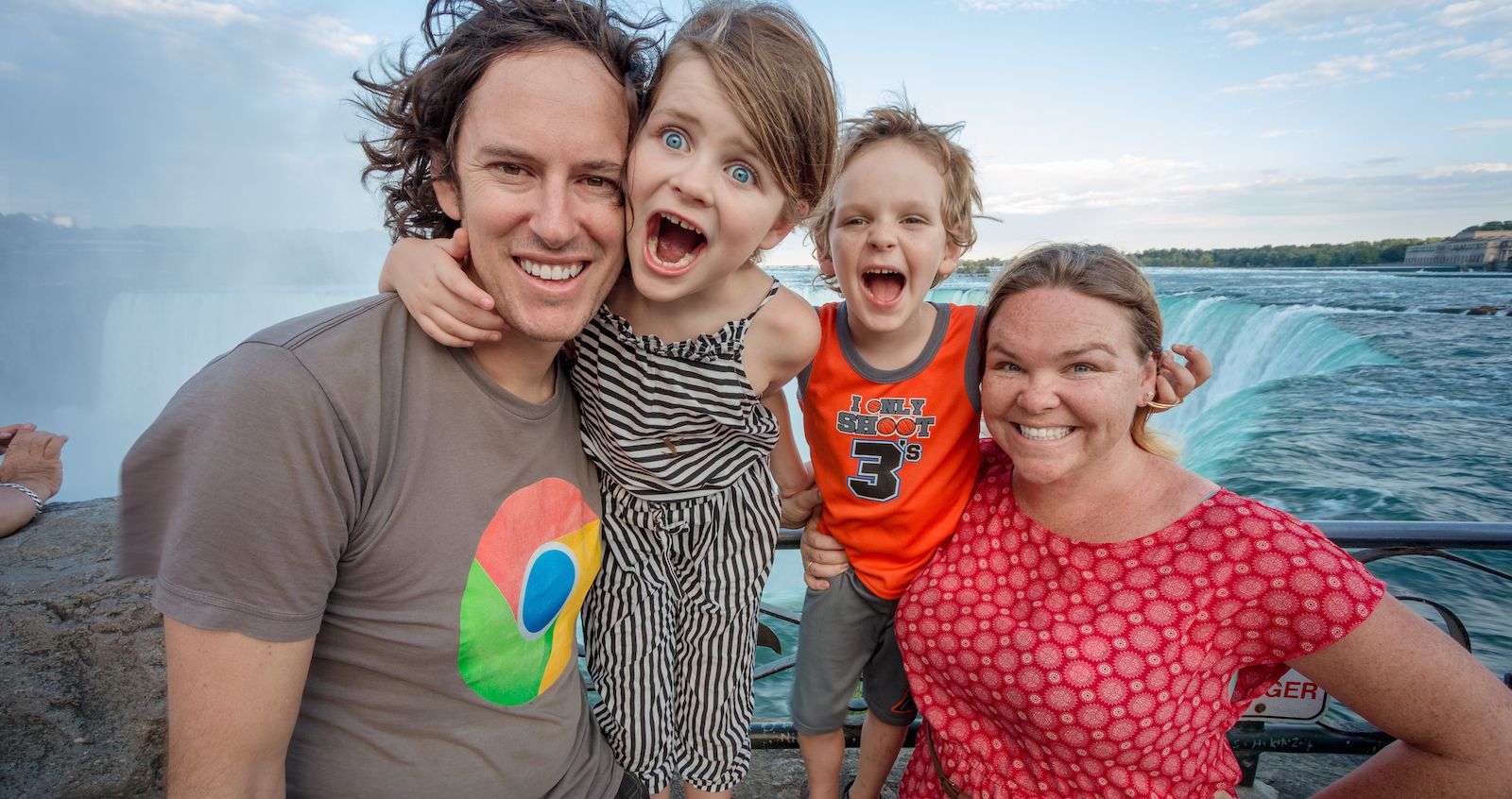 Last seen: Enjoying the facilities in a luxury resort at Marival, Mexico.

The ability to see that the world is all the same. Everyone smiles, everyone cries, language is universal and all cultures are beautiful. And if you can see it with a child, it becomes even more magical!

Dan Miller from Points With A Crew 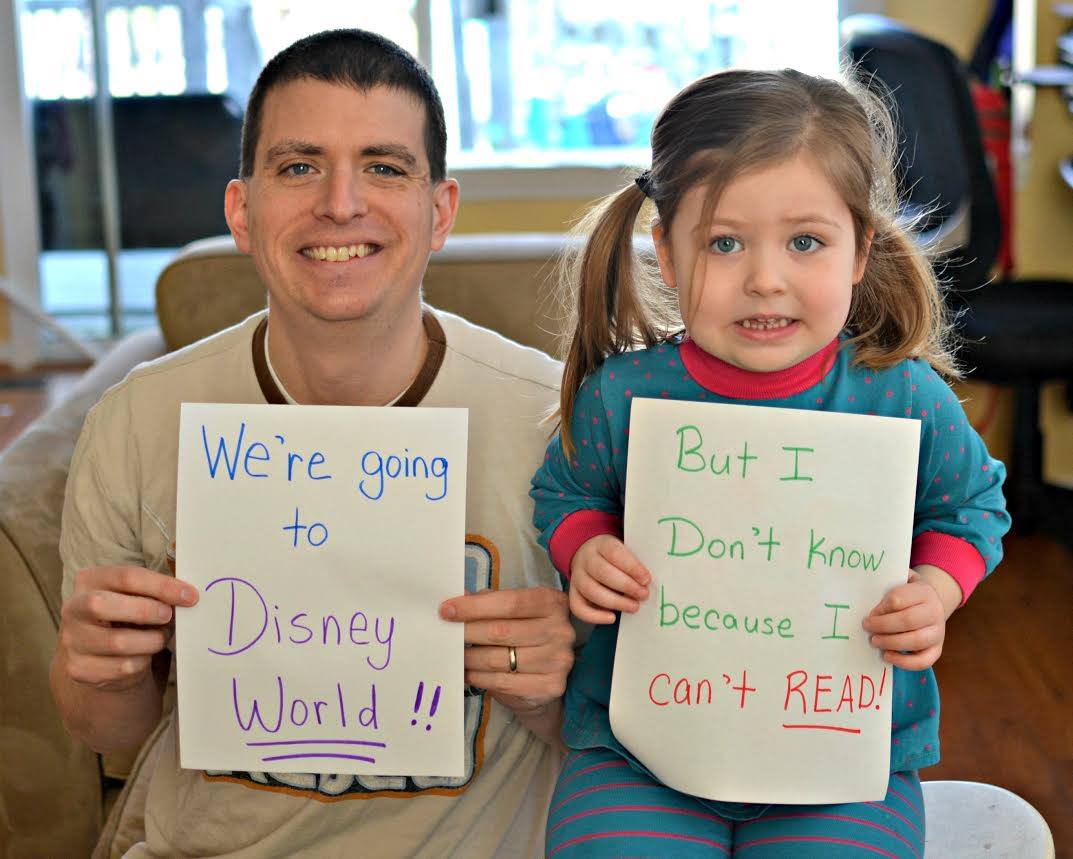 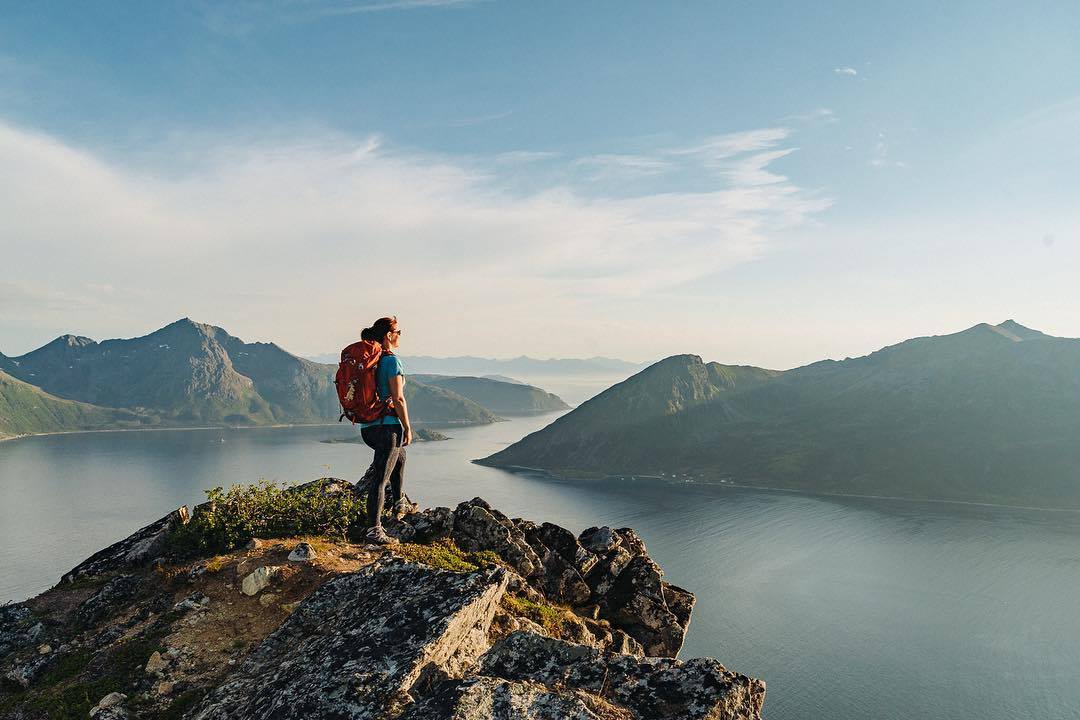 Last seen: Spending 2 weeks instead of 5 days in Tokyo because why not?

We love that each day is different when we travel. When waking up in a new place we never quite know what the day will bring as we step out the door. And that is exciting. 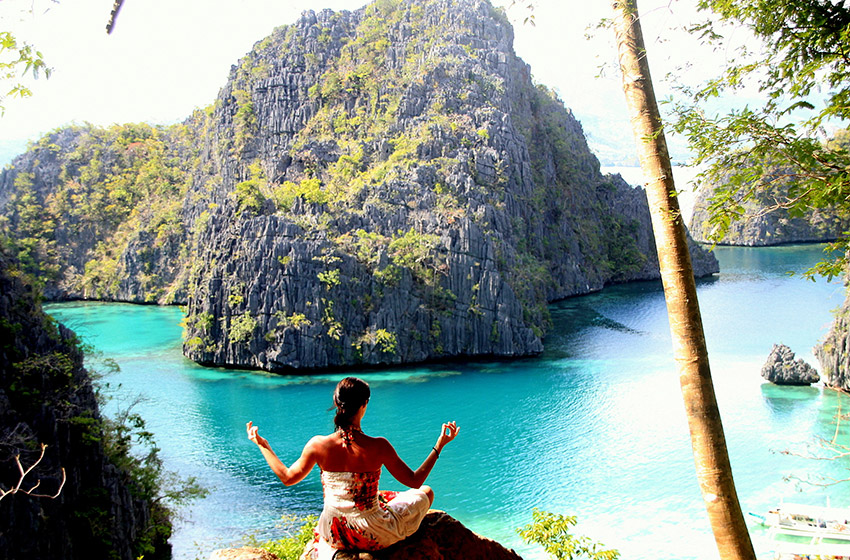 Last seen: Enjoying sun, sand, and sea in the Philippines.

What I love the most about travelling is the constant challenge. Everyone else rightly empathise how meeting new people and discovering new cultures can open your mind, and I couldn’t agree more. For me in particular, given that I’ve been suffering from panic attacks since the age of 17, travelling is also a way to push myself, face my biggest fears, and as a result grow as an individual. You can also do it at home of course, but it’s a lot more challenging (and rewarding) when you are in a completely different environment! 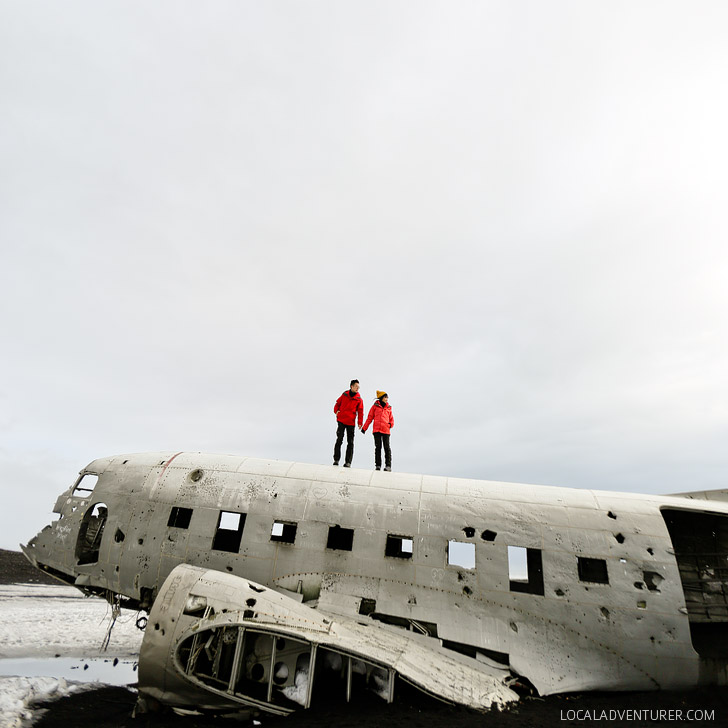 We love that you can never be bored in this world because there’s always something new to experience. It could be photographing a new landscape, or trying new foods or activities, or learning something new about another culture.

Do you love to travel too? Tell us why (or why not) on Twitter @BonAppetour!

If you’ve watched enough TV shows, you’ll know that solitary confinement is one of the worst punishments a prison can dole out to its wayward captives. They were invented with the purpose of rehabilitating and disciplining prisoners who had stepped out of line.

23 hours a day spent staring at four walls, though, proved to be too much for inmates – or any human being, for that matter. Research conducted in 1951 studying the effects of such isolation nearly drove its subjects mad. Not one of the students, who stayed in “small chambers equipped with only a bed for an experiment on sensory deprivation,” could last more than seven days.

The initial plan had been to observe them for six weeks. 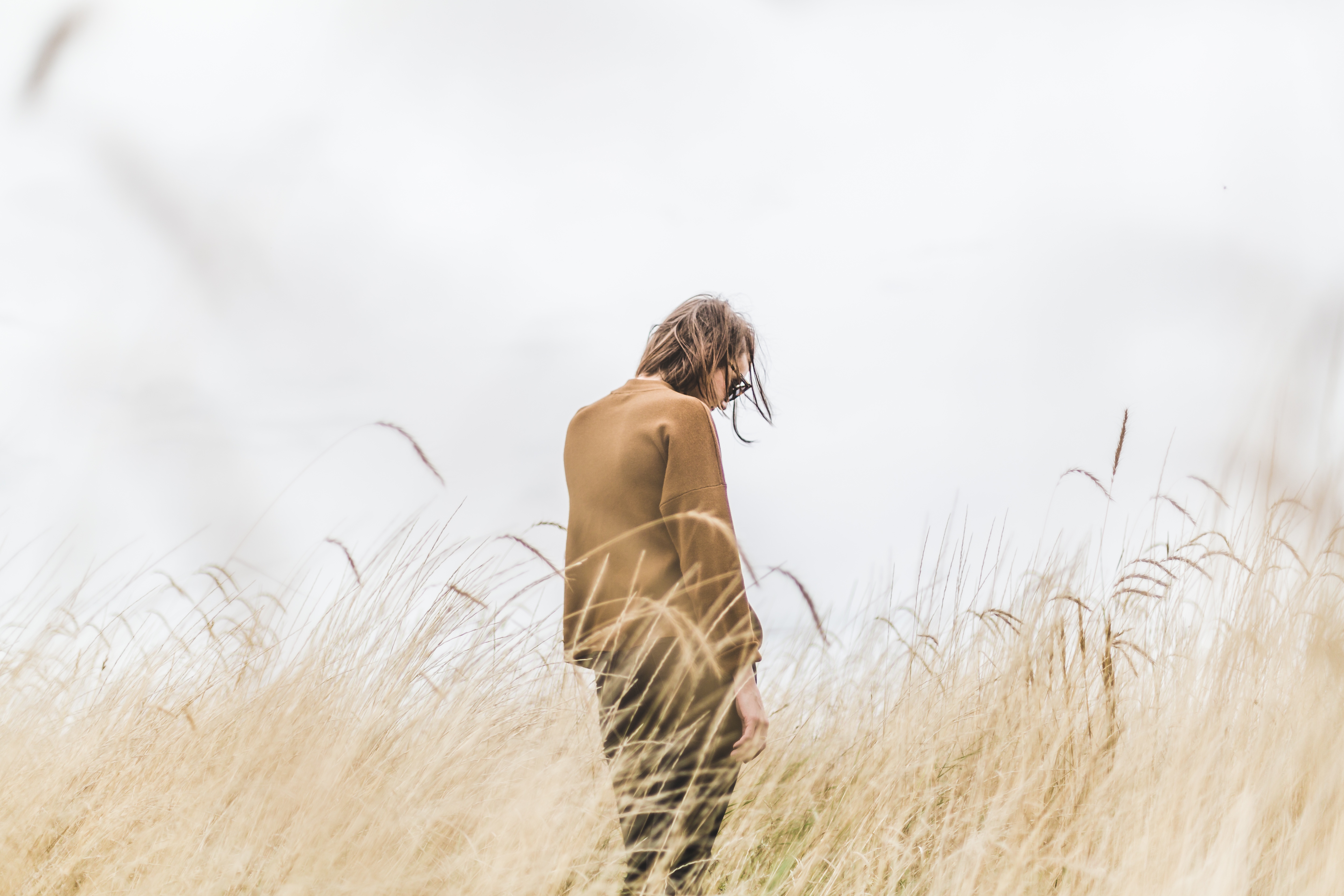 Why can’t we stand isolation? Simply put, humans are social beings who are hardwired to be that way. The neocortex in our brains – which facilitates many social functions – is far larger than any other animal on this planet. We need to interact with others.

Understandably, it can be hard to reach out to and make friends with the locals while travelling. Where do you even begin? Simply walking up to locals at random won’t work, because they would likely be suspicious of your intentions. 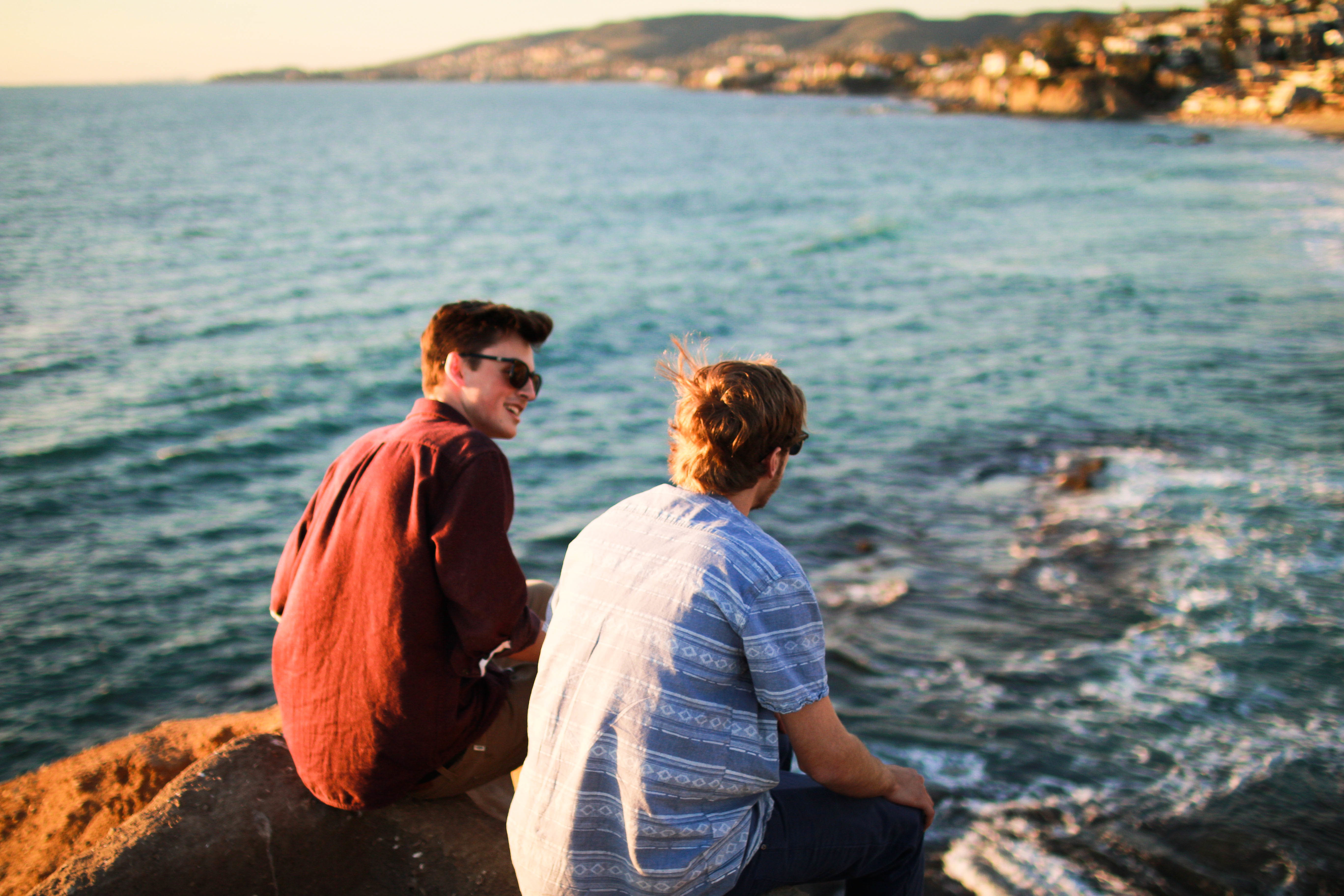 Thanks to the sharing economy, it is a lot easier to interact with locals without seeming shady.

Hop into an Uber, and you’ll get the undivided attention of your driver for the duration of your journey. Rent a room via Airbnb, and voila! you’ll have instant housemates. Book a dinner through BonAppetour, and you can have a taste of authentic local cuisine while making fast friends over a meal.

The tradition of eating together 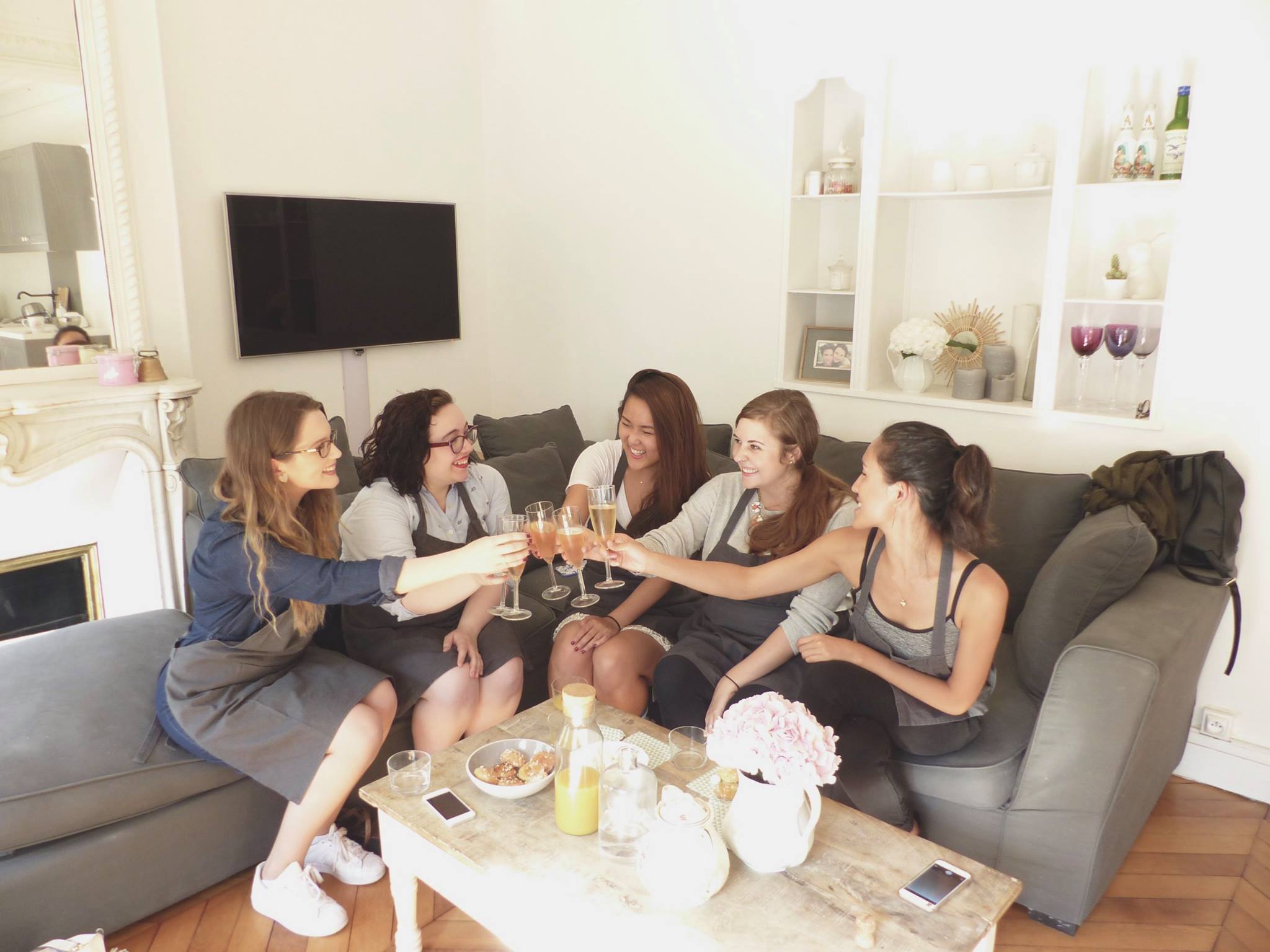 Dining is inherently a social activity. In fact, the dinner table is traditionally known as a place of community. This is why the age-old tradition of family dining still exists today. It is a safe space where people let their guards down, recounting the day’s events and swapping old and new stories, and connecting with each other.

In her book Eating Together, Alice Julier says that “dining together can radically shift people’s perspectives: It reduces people’s perceptions of inequality, and diners tend to view those of different races, genders, and socioeconomic backgrounds as more equal than they would in other social scenarios.”

In short, the dining experience brings everyone to an equal footing as well. Regardless of whether you’re a lawyer, a teacher, or a driver, the simple act of sharing local foods with the person next to you goes a long way in forging friendships and long-lasting bonds.

Making family and friends over a meal

Take travel blogger Ben, for example. Having moved to Barcelona from the UK in 2009, his experience dining at Chef Teresa’s home restaurant, Ben describes, left him “feeling like a local in a new country.” 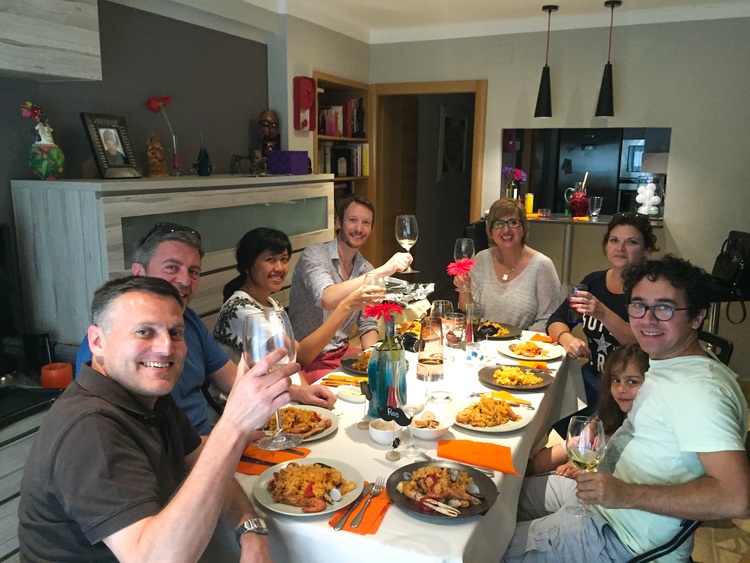 As Ben recounts his lunch experience, it almost feels like he’s with family:

We chatted jovially and sneaked pictures of Teresa and her friend Mirella cooking up a storm in the kitchen. She’d grab our attention from time to time to show us the ingredients of the paella and explain how she’d prepared them.

Teresa piled the paella onto our plates and sat down with us to eat, which again made it feel like a family celebration, and we simmered to a low rumble as we sat pulling the heads off the juicy fat prawns and scooping up the rice with chunks of pan con tomate (bread with tomato, garlic and olive oil).

There’s really nothing like home-cooked food that can warm stomach and hearts alike.

Natalie, an American who fell in love with Rome, had a quieter but equally intimate time in Sandra’s home. A less “rowdy family celebration” and more “best friends bonding” experience:

While chatting about Rome, food, and passions, I was instructed to slice the fennel and chop the spring onions. As Sandra worked the pans, I stood side-by-side in her kitchen, preparing the fresh alici according to her instructions. 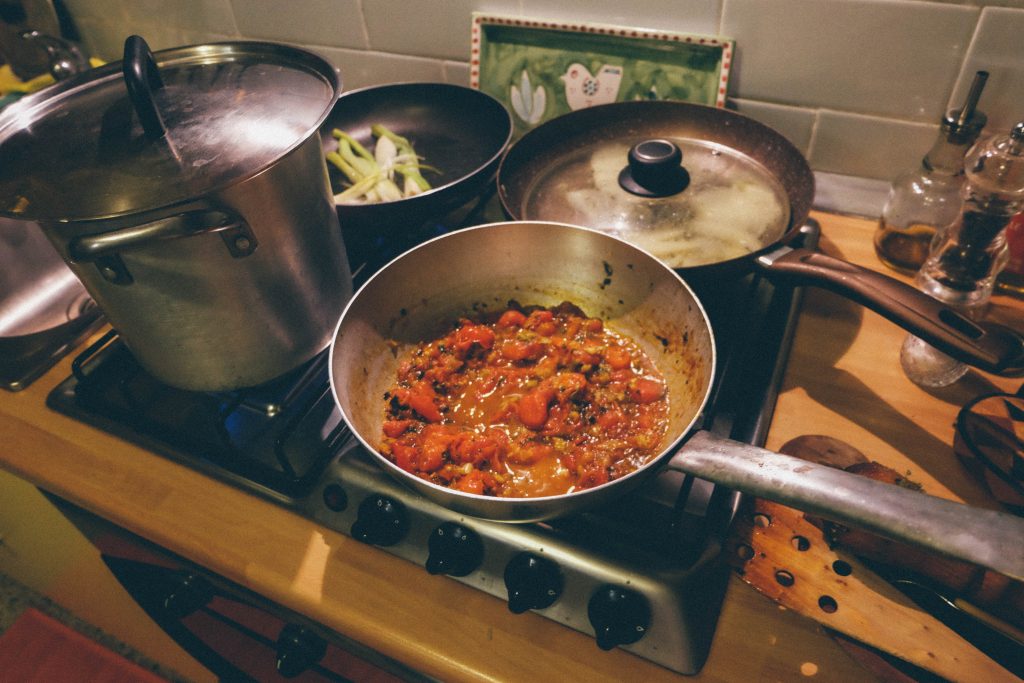 Sounds exactly like what best friends would do on a laid-back Saturday evening.

And at the end of the day, that’s exactly what they were – new friends in a foreign country:

We headed out to her sweet Roman balcony and sat down, and toasted to new friends and good meals […] Being welcomed into Sandra’s home for a three-course feast was such a treat. It was the perfect re-entry into Rome, and I left thrilled to have connected to a new Rome foodie friend.

Ready to eat with locals and make friends? Find a home restaurant in the city of your choice here now.